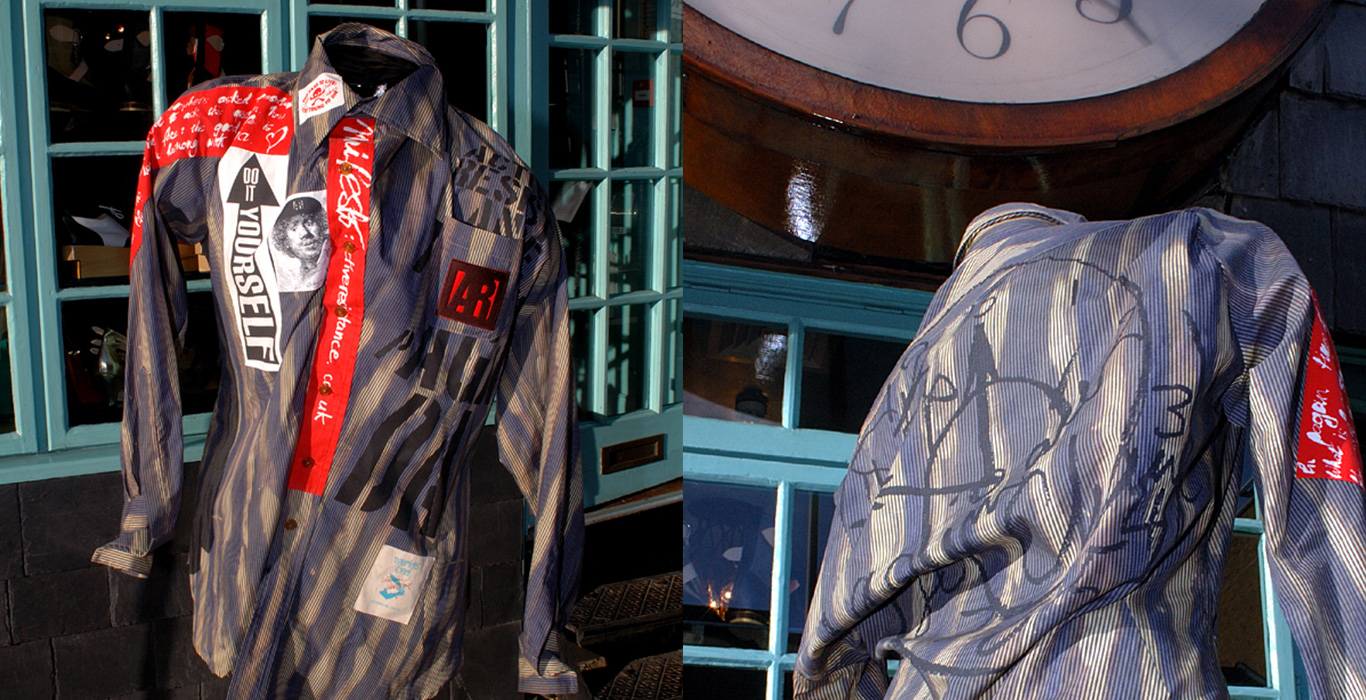 In 1978 I & my brother Joe took part in the filming of the opening scene of the film ‘The Great Rock & Roll Swindle’. It was thescene where they recreated the Gordon Riots (of 1780) in Wapping by the river, this time with effigies of the four ‘Sex Pistols’ which were dragged through the streets & then all burnt on a scaffold.

The funny thing was that all the punks that were taking part that night were all bemoaning the burning of the outfits & in particular the ‘Anarchy shirt’ on the Glen Matlock/Sid Vicious mannequin as it was the very last one that was produced in the punk times (1976-79).
The first shirt was made by Vivienne at home in Clapham. She had dyed some wholesale striped office shirts with grey dye & then had experimented with applying different concentrations of neat bleachsodium peroxide to the shirts in order to create new thicker stripes. She had to be quick to wash the shirts after this otherwise the cloth would rot.
To this treated shirt several patches were sewn. There was a patch of Karl Marx (from the communist bookshop in London), two handwritten (with bleach again) long banner like patches which proclaimed ‘Situationalist’ slogans such as ‘Beneath the pavement lies the beach’, an optional upside down Nazi party insignia & then there was an armband with the word ‘Chaos’ written on it. The words ‘Only Anarchists are Pretty’ were stencilled on the chest. The whole shirt embodied the punk ethos of ‘Do it Yourself’, an ethos that you yourselves can follow. Make your own shirt.

Today there is a new version of the shirt in World’s End shop. No longer proclaiming ‘Anarchy’, the shirt in its present incarnation promotes a new rallying cry, that of an ‘Active Resistance to Propaganda’. This is the slogan stencilled on the chest this time. Replacing the Karl Marx patch is an embroidered patch of the artist Rembrandt (1606-69). Vivienne personally attributes to the Dutch painter all the qualities of a freedom fighter & intellectual thinker. The pioneering use of light & dark in his work changed the way people think as much as any other revolutionary figure, probably more.
The long banners on the shirt now have the slogan ‘Do it Yourself’ & the words ‘In pagan times the Greek philosophers asked themselves what is a good life? Then we forgot to ask this question. Now the answer is staring us in the face! The good life is automatically the life that lives in harmony with Gaia’.
Three more patches adorn the shirt & the button placket has the ‘Active Resistance.co.uk’ web address (this now directs you to the new Climate Revolution website where you can read Vivienne’s diary & many other articles).
New to the shirt this time is a print on the back of the World’s End 13 houred clock face with the words ‘Climate Change’.
Lastly the new shirt is a different cut to the original being a part of Vivienne’s Drunken Tailor look, the premise of this being that the tailor was completely drunk when he (she) made the pattern. Therefore the panels of the shirt are all skewed in regards to each other. The front puffs up at the chest, the neck pulls to the side,etc,etc

The new shirt retails at £360 & a limited edition of 40 will be in World’s End shop next week. 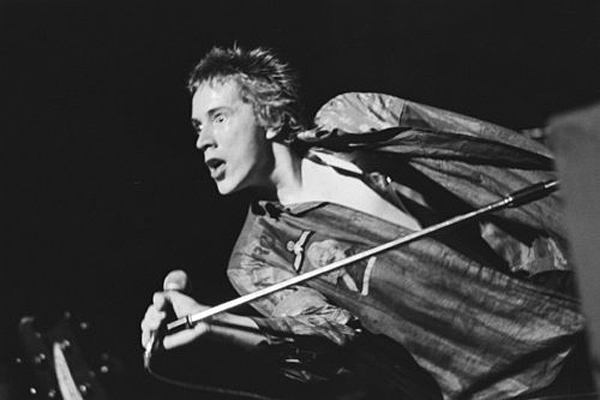 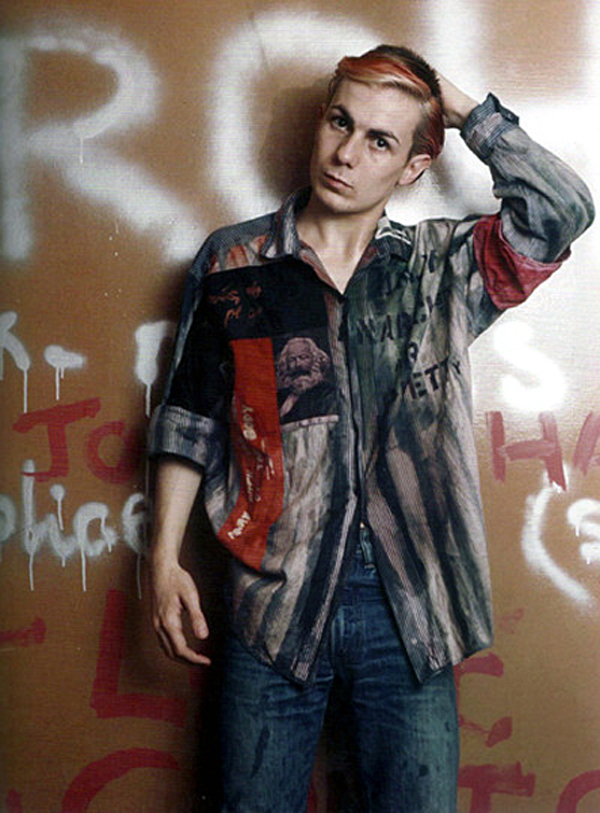 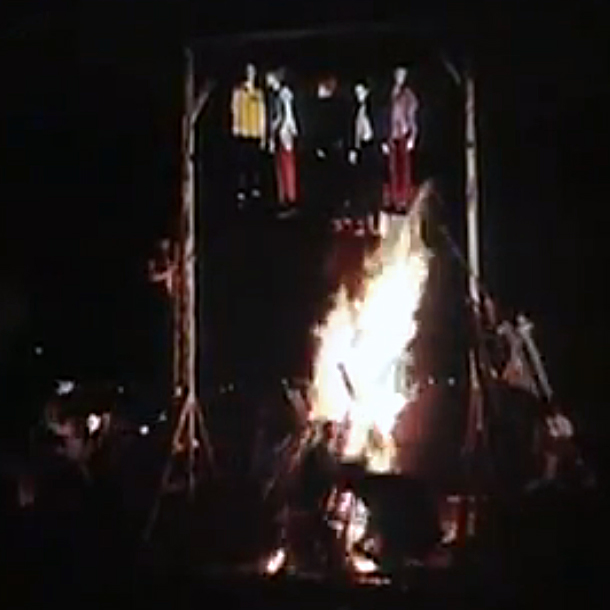 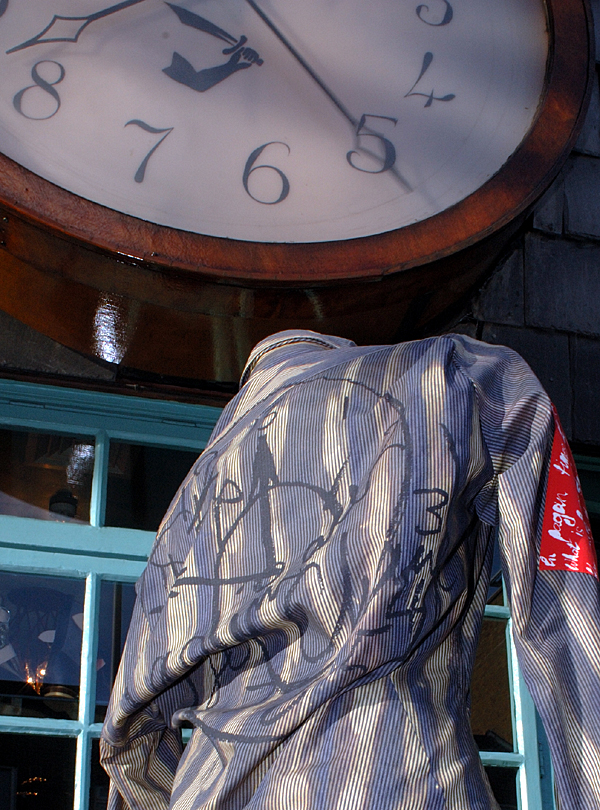 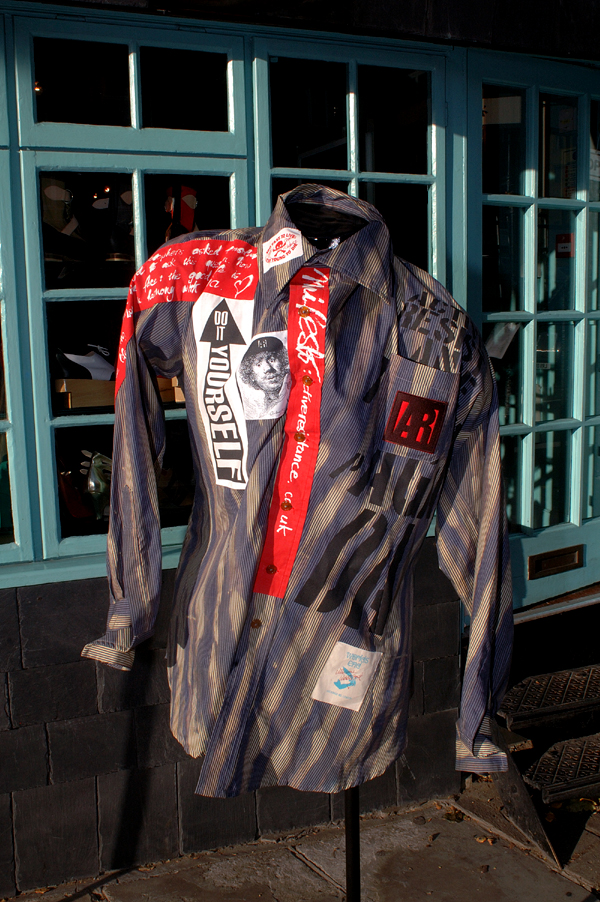 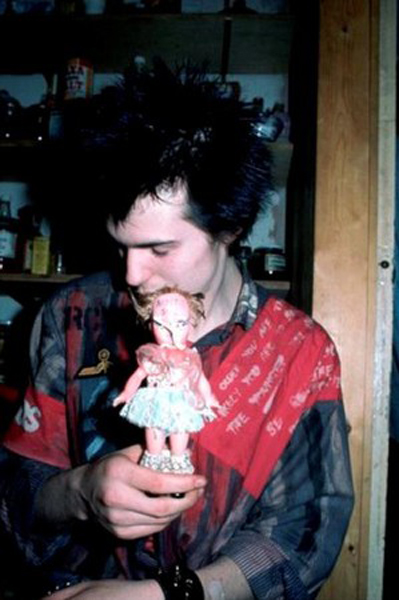