A world set apart. Wild big open spaces. Spaces where you have to be dependant on your own resources & are independent of anyone else’s law. Something like life in the old Wild West, illustrated perfectly in spaghetti westerns & the western films of Clint Eastwood. This was the theme of the ‘Clint Eastwood’ AW84/85 fashion show shown in the Jardin des Tuileries, Paris in March 1984. 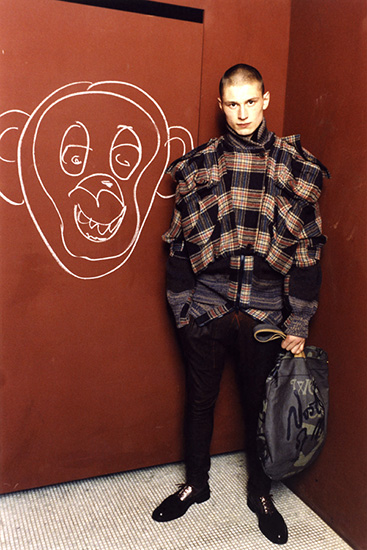 said Vivienne at the time.
It was in this show that the Clint Eastwood Bomber was first seen.
Showing Vivienne’s interest in different cutting techniques at the time, the jacket is cut without a curved line anywhere (except the waist pockets). Normally with a standard cutting technique the top of a sleeve or a neckline would be curved to fit the body but with what is known as an ethnic cut the same effect can be achieved by the insertion of patches of fabric known as gussets. So therefore to create the curve in the bomber neckline a triangular gusset has been placed at the back of the neck below the collar. To give the necessary extra volume in the sleeve at the shoulder joint a diamond shaped gusset has been added in the armpit area.
The proportions of the jacket have been given a heroic look with extra bulk added to the shoulders. The placement of pockets here as well further adds to this effect (there are a total of 6 pockets on the bomber, 4 on the shoulders & 2 at the waist).Thick wool knit ribbing finishes off the jacket, starting at the waist & surrounding the hips in a wide 40cm high band. Also starting just below the elbows on the sleeves, running to the wrists & the collar is made of ribbing too.

The other theme of the ‘Clint Eastwood’ collection had been inspired by Vivienne’s recent trip at the time to Tokyo in Japan where her previous collection ‘Hypnos’ had been included in Hanae Mori’s ‘Best of Five’ global fashion awards. Here she had seen all the massive neon advertising signs, so the prints for the show both reflected this & also continued the Greek pornographic imagery & the handprint from the ‘Hypnos’ collection.

The new bomber jacket is an exclusive to World’s End shop. There are 2 different styles a distressed union jack print with purple & lilac ribbing retailing at £740 & a navy/red wool check with blue/grey ribbing which retails at £720. 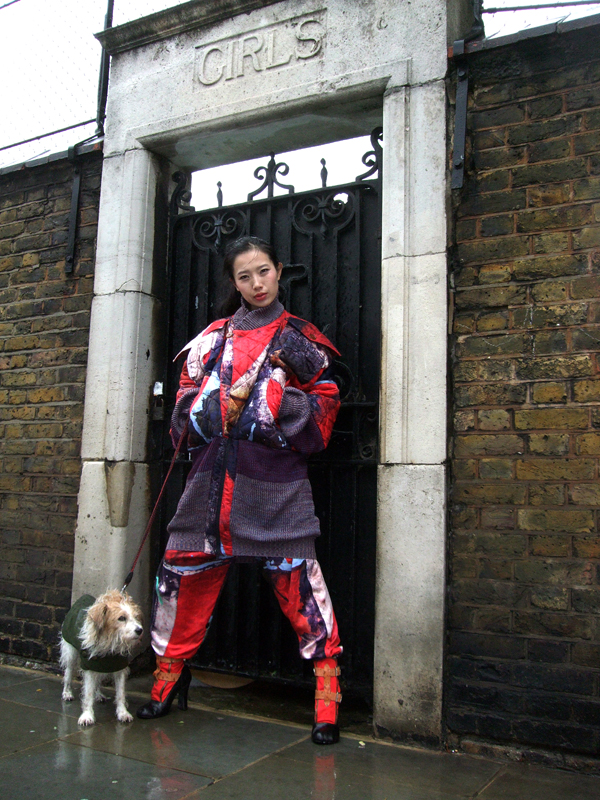 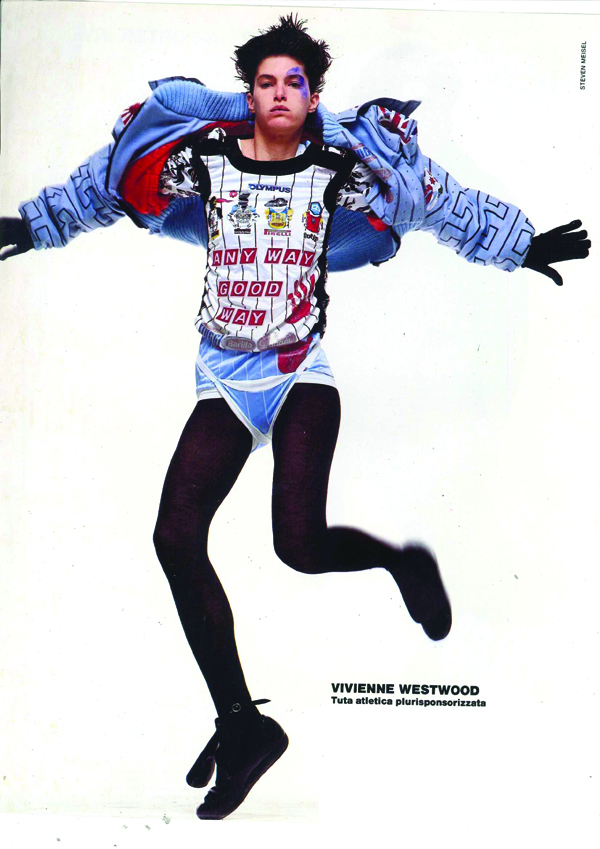 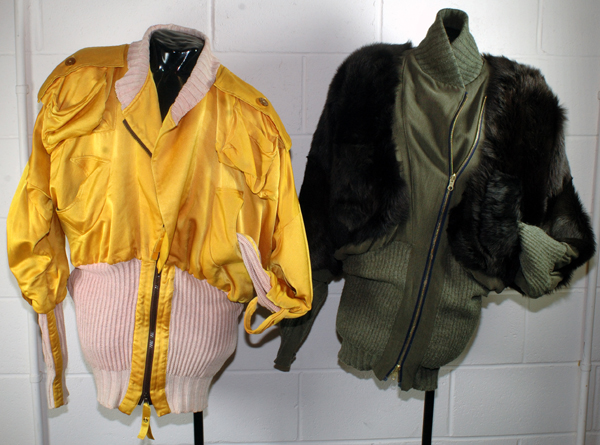 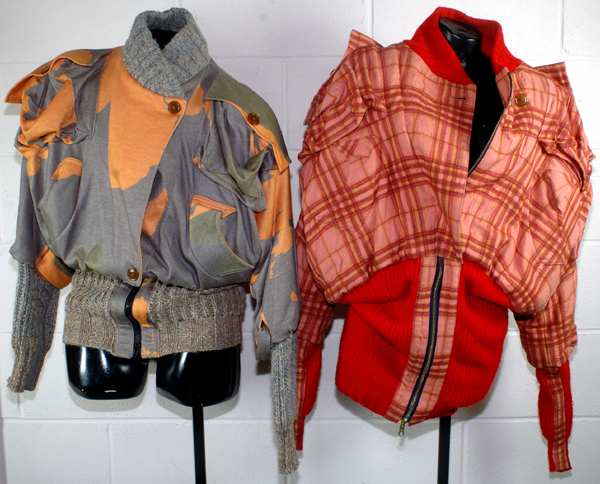 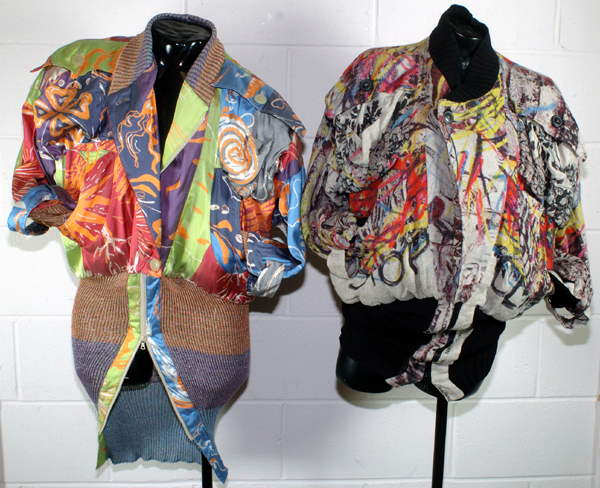