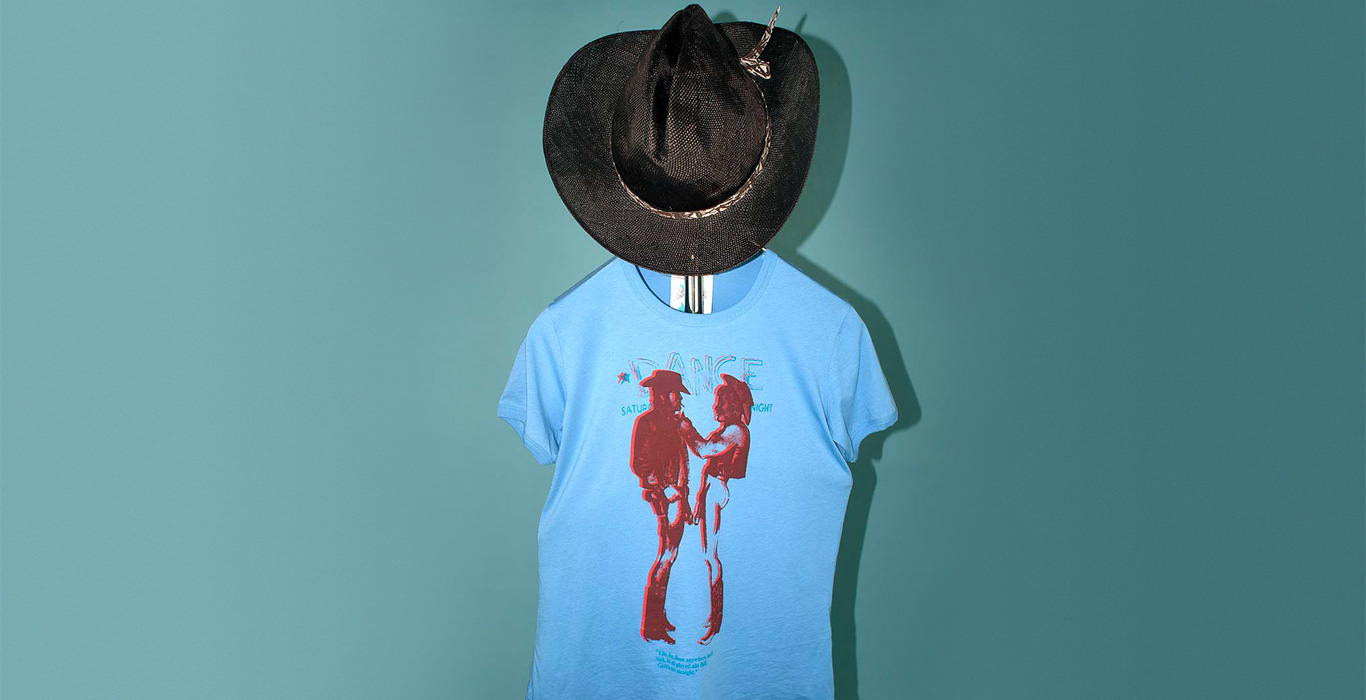 A new batch of ‘Cowboy’ t-shirts is now available. They were printed a couple of weeks ago & Johannes who oversaw this took some photos of the process for your pleasure.A t-shirt print with a lot of history with Westwood it was first created in 1975 for the shop ‘SEX’.

It has for a long time always been supposed that the original artwork was by Tom of Finland or Touro Laaksonen (1920-1991) to give his real name, but this is not the case as I have found by browsing the internet.
The blogger Paul Gorman has done the research & you can read it here
Apparently the artist is Jim French & it was created in 1969 as part of his series of prints entitled ‘Longhorns’.
‘The illustration appeared in issue 7 of French’s magazine Manpower!, which was published in 1974. The late McLaren acquired a copy in New York’s Christopher Street early the following year during his period of association with the New York Dolls’.

The one change to the original was the addition of the text underneath. Malcolm did this. This text reads:
Bill: “ello Joe been anywhere lately”
Joe: “Nah its all played aht Bill Gettin too straight” 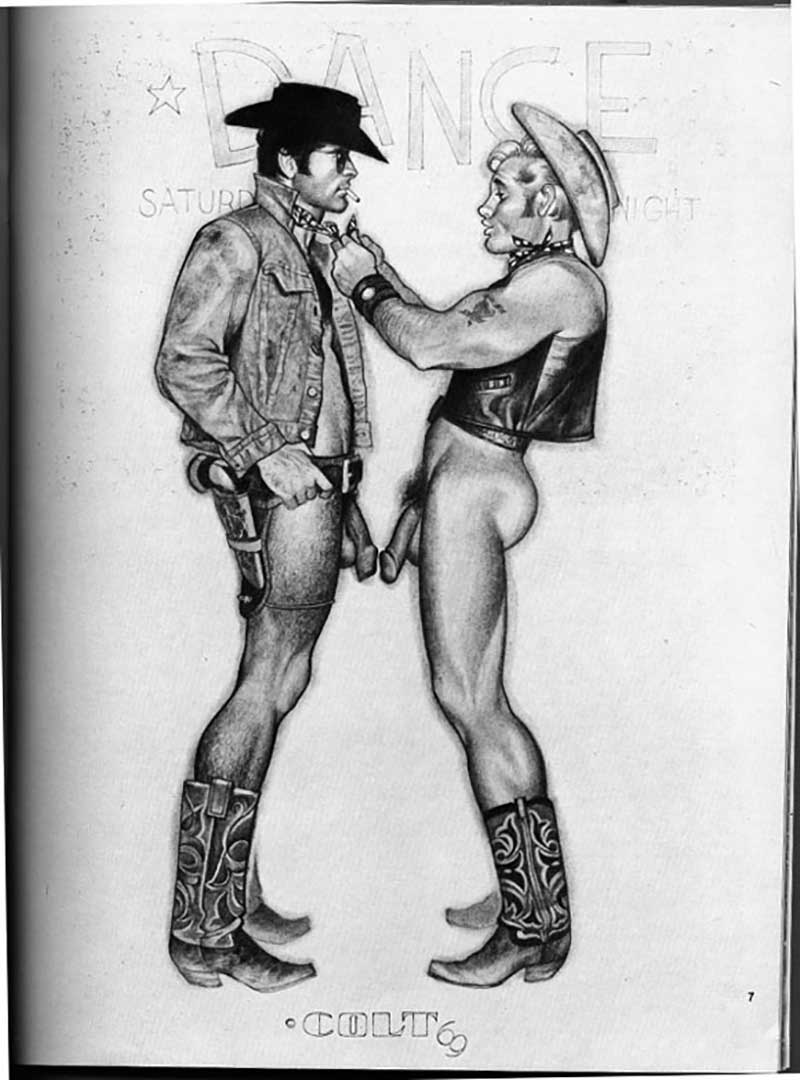 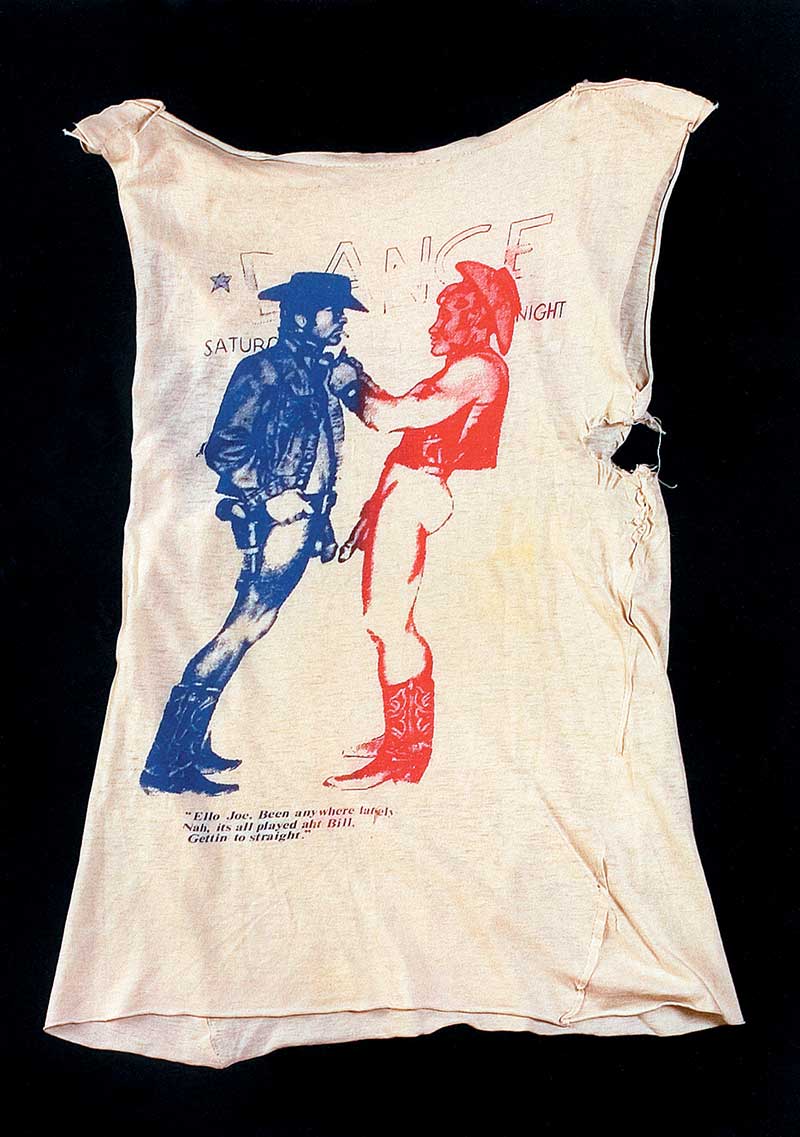 As well as all the other provocative t-shirts produced by Malcolm & Vivienne at the time, the ‘Cowboys’ was one of the most infamous. Shop worker at the time Alan Jones was arrested on the Kings Road for wearing one: here
His account from his website is below:

Question – Punk T-shirts!? How did you manage to get arrested for wearing one in the UK?

‘This is a long and very involved story and one I’ve repeated countless times in numerous books from Jon Savage’s ‘England’s Dreaming’ to ‘Punk’ by Stephen Colegrave and Chris Sullivan. I knew Malcolm McLaren and Vivienne Westwood extremely well. I worked for Vivienne in her World’s End shop ‘Sex’ for a while. That’s how I got to know the Pistols before the group was formed. I always wore Vivienne’s clothes. One of them featured the now infamous nude cowboy graphic and the police thought it was far too provocative when I wore it for the first time. I was arrested for indecency, Malcolm promised me support and the best lawyer – which never happened – I got fined, made headlines in all the newspapers and it’s one of the many stories I’m now asked about constantly regarding that amazing time. The Pistols would come and see me at the Portobello Hotel and hang out. I was at every single early gig they did – they would often say hello to me by name from the stage. So when they played the El Paradise strip club in Soho they asked me to be their dee-jay. I was on the ‘God Save the Queen’ boat party and have nothing but great memories from the time despite my good friend Sid Vicious becoming its most famous casualty’. 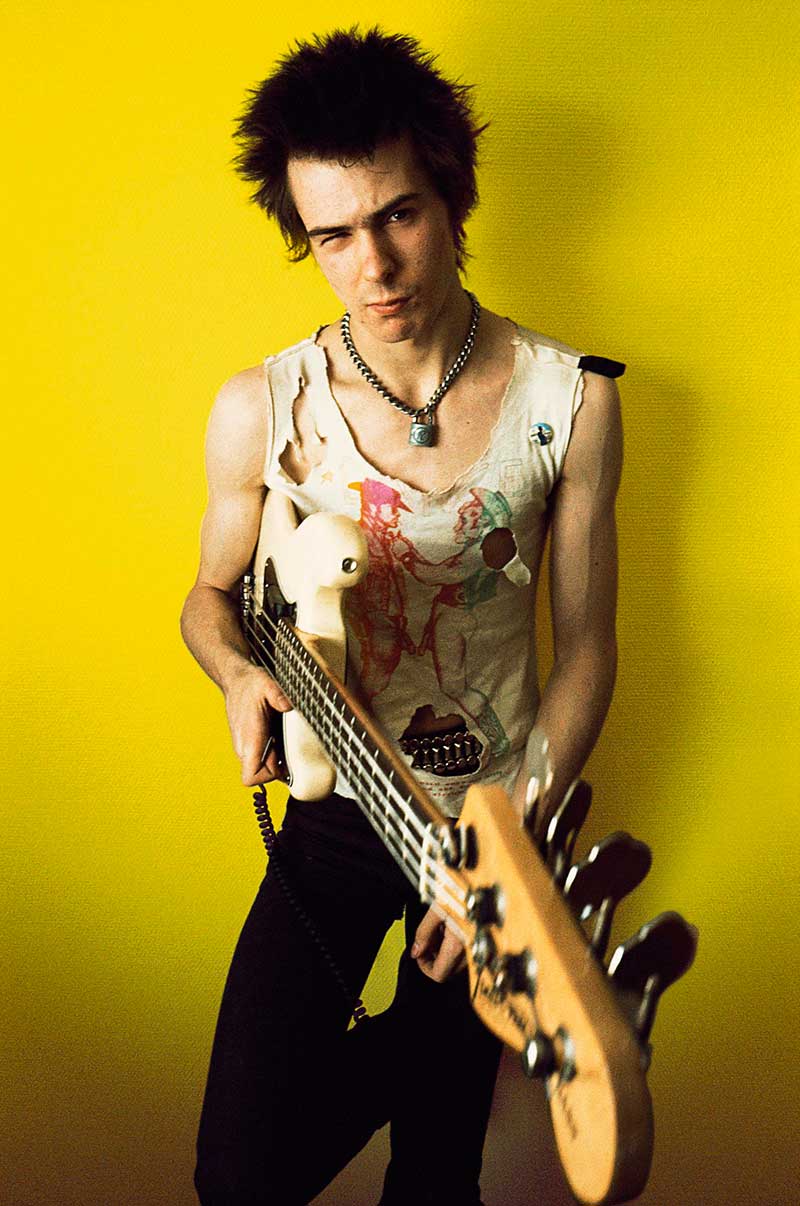 In fact Vivienne remembers that she & Malcolm were also charged soon after, this with the crime of making an ‘indecent exhibition’. The judge gave his reasons for the Cowboy print being of a homosexual nature & these were, because of the closeness of the two penises & also because one of the cowboys is adjusting the handkerchief around the other cowboy’s neck (obviously being a bit too familiar with each other).
Another factor at the time had been that in the same week that the case was taking place a shocking documentary had been aired on television about the homeless situation in London & about how a lot of these young men were having to make a living by prostituting themselves. This documentary was called ‘Jonny Go Home’ here.

It is interesting how differently these provocative t-shirts are seen now. At the time in 1975, homosexuality had only been legal for 8 years Sexual Offences Act 1967 & that with conditions attached. It was only in 2003 in the UK that ‘sexual acts were viewed by the law without regard to the sex of the participants’
here . 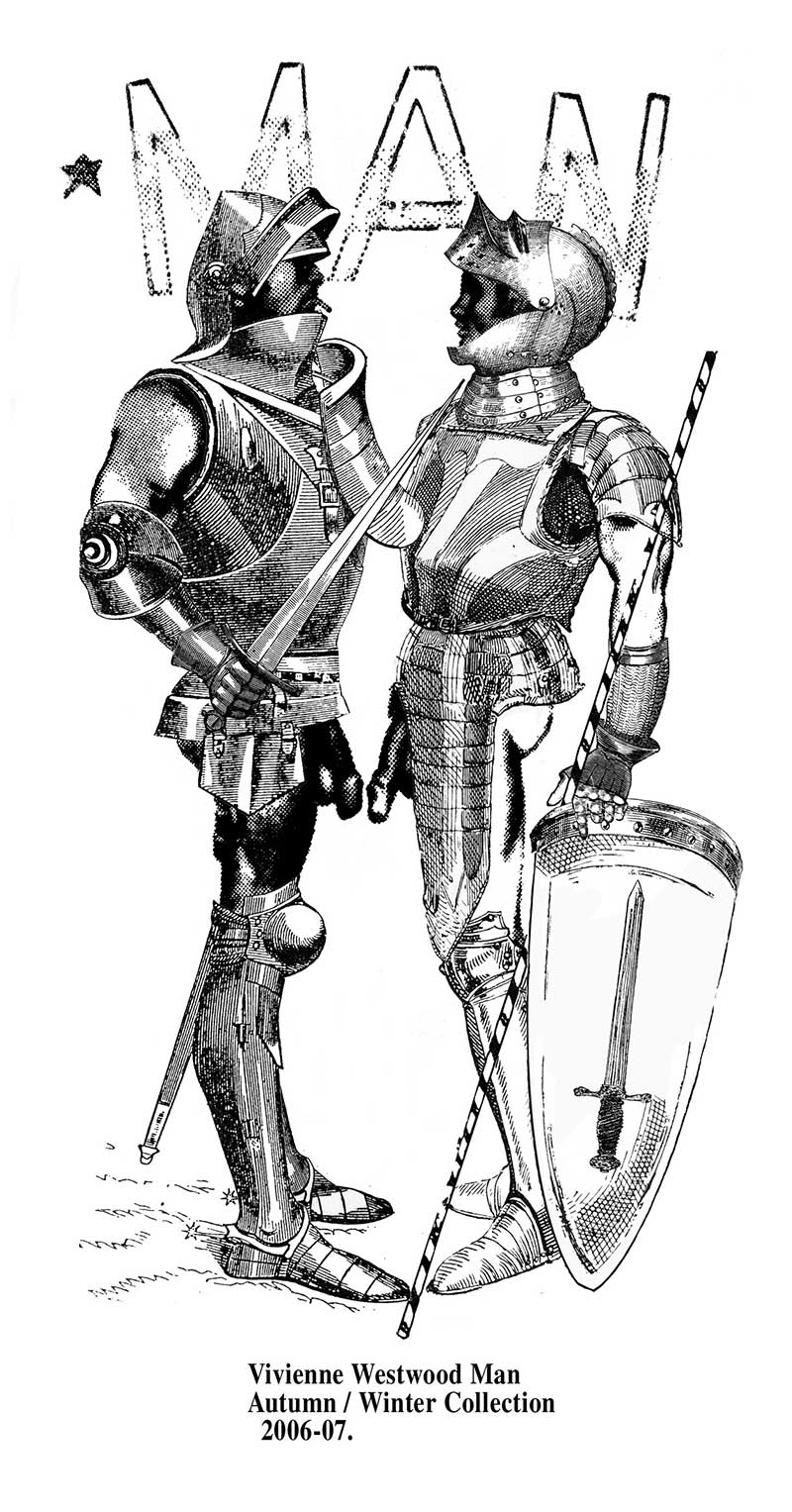 Production of the ‘Cowboys’ t-shirt stopped during the 80’s when the shop became World’s End, but it re-emerged again in the late 90’s with the introduction of the ‘MAN’ label, being used in several new incarnations, for instance as two knights in armour for the MAN AW06/07 collection.

P.S I have heard that the Kings Road shop will be open just in time for Valentines Day. 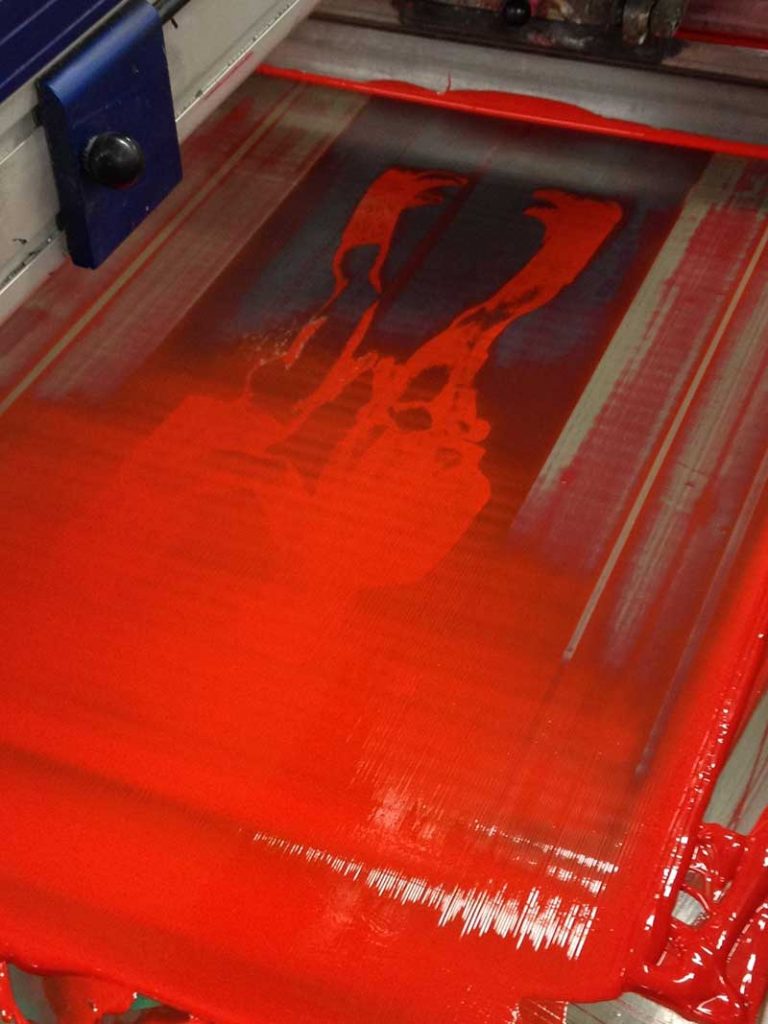 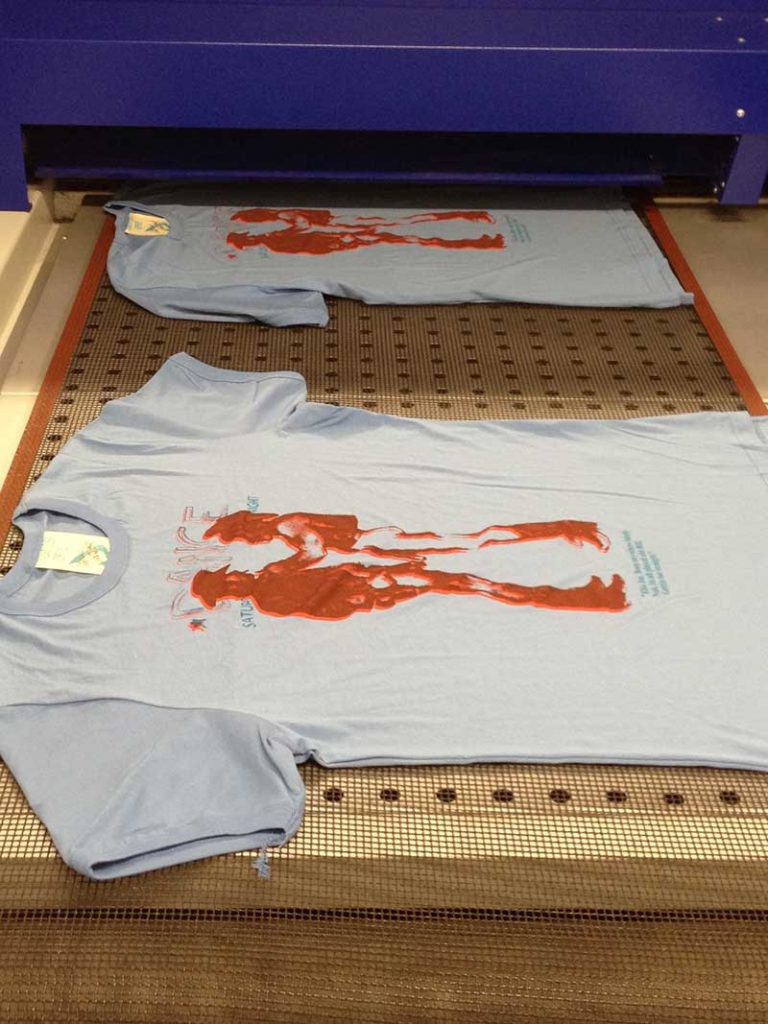 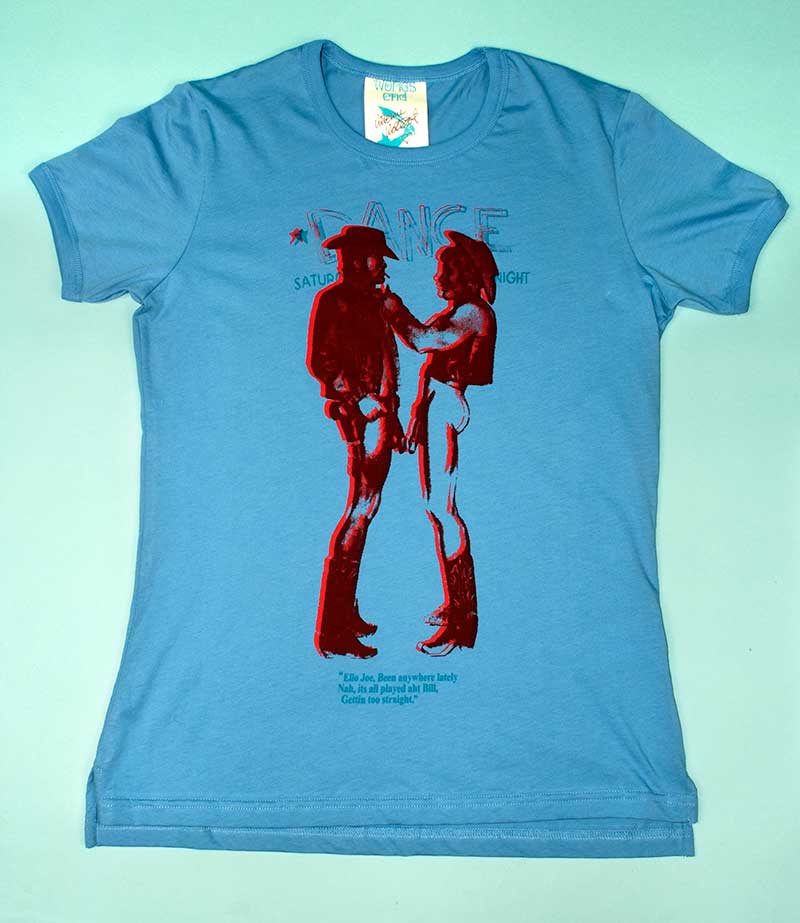 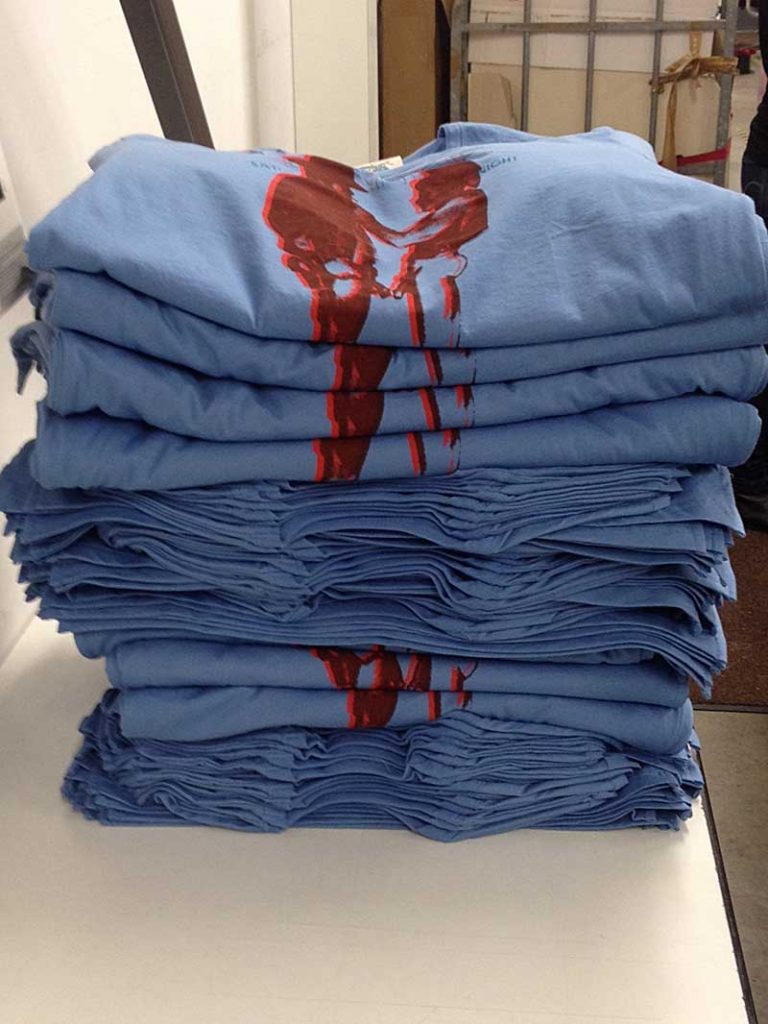