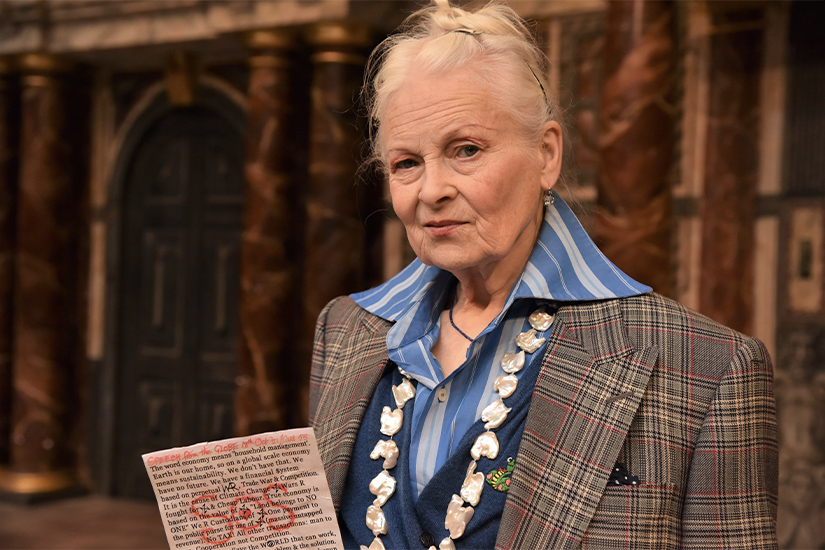 ‘Letters to the Earth’, a global participatory campaign in response to the planetary crisis, has released a series of films in the run-up to the United Nations Climate Conference COP26 in Glasgow. They aim to inspire people everywhere to include their voice in a global call for climate action from our world leaders.

Vivienne has contributed to the cause by reading her Letter at Shakespeare’s Globe, which details her plans to save the world and demands for government cooperation. Please watch the video below.

COP26 represents a decisive moment for the global community. The current commitments of every nation participating in COP26 are significantly inadequate to stabilise the temperature increase between 1.5°C and 2°C, with unconditional pledges and targets that would result in warming of between 2.7-3.1°C above pre-industrial levels. Countries are under intense pressure to show courageous leadership and dramatically step up their pledges to stick to the Paris Agreement boundaries.

“The word economy means ‘household management’. Earth is our home, so on a global scale economy means sustainability. We don’t have that. We have no future. We have a financial $ystem based on perpetual Trade War & Competition… True economy is based on the value of land. “Land belongs to NO ONE””

A collection of 102 Letters gathered over the last two years has been published in an award-winning book titled ‘Letters to the Earth’, introduced by Dame Emma Thompson and illustrated by Jackie Morris. The paperback has been printed on sustainably sourced paper approved by the Forest Stewardship Council and all royalties will go towards ongoing creative campaigning for environmental justice.

We would like to invite our community to join Vivienne in writing and sharing your own Letters on social media with the #LettersToTheEarth, or by post until the 12th of November 2021 to be heard during this historic political moment.

Please address your Letter to:

Letters to the Earth,