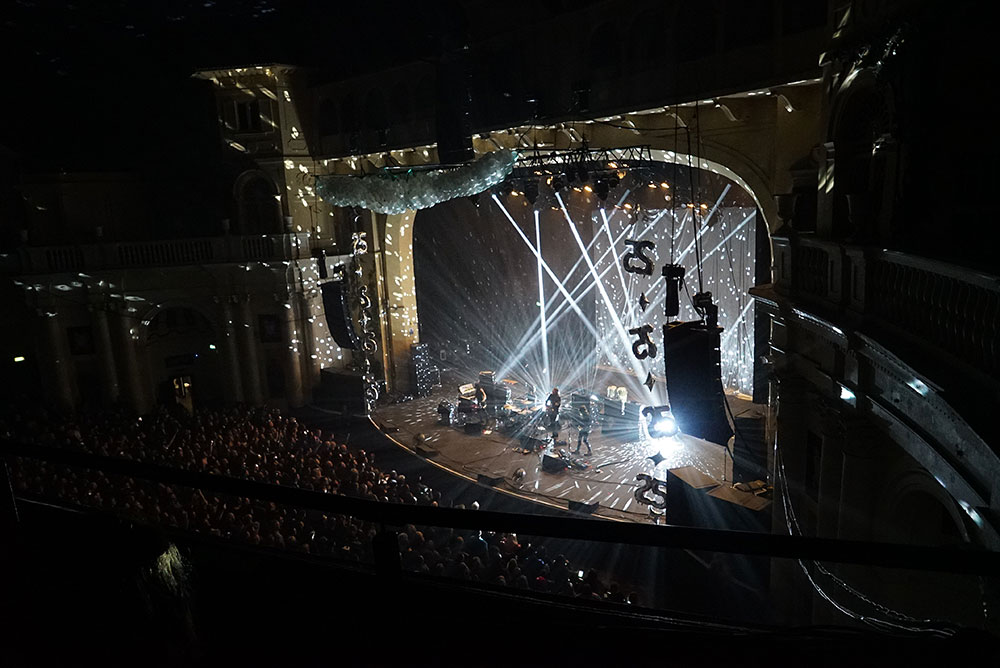 6 months ago, I hadn’t even heard of The Dandy Warhols. Then one night on Facebook, in response to a post I’d placed, my friend Terry sent me a link to the Dandy’s track ‘Bohemian Like You’, & I was hooked. 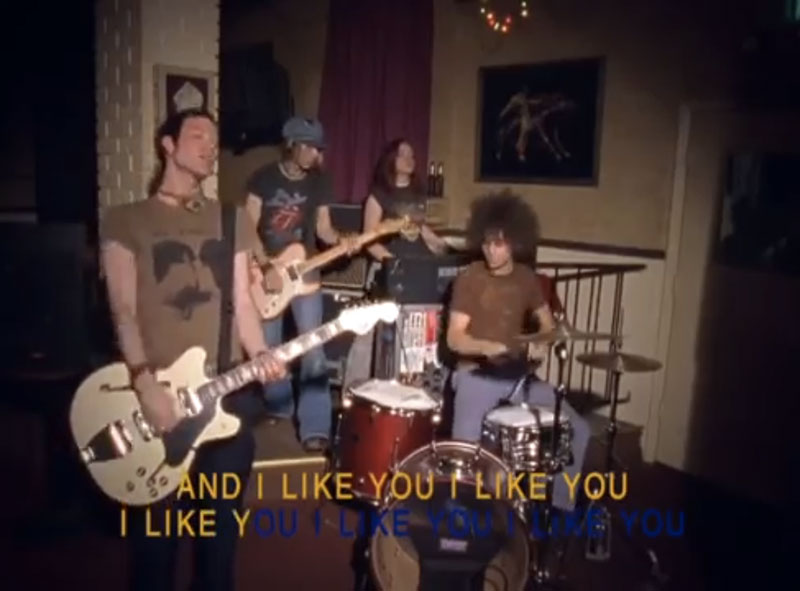 My initial thought, that I had found some contemporary music I liked, quickly altered, finding out instead that this song had been released in 2000.
However, they are great musicians & it was easy to find a load of other tracks I liked.
I downloaded a couple of albums.
I thought that it would be great to see this band live (as they certainly know how to move), so I signed up to their website. A couple of weeks later I was informed of their 25th anniversary tour & I bought 2 tickets for the Brixton Academy.
Fast track forward a few months, to two weeks before the gig. 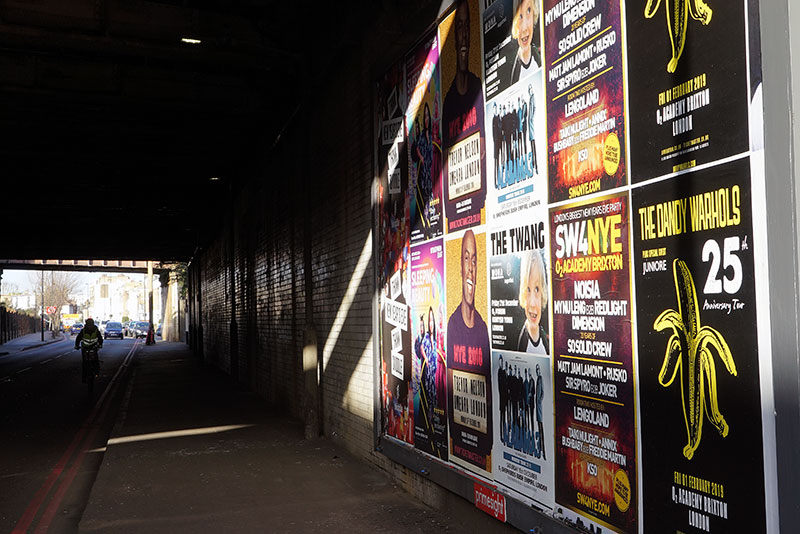 I’d never done this before, but I wondered if our VW press office could get in touch with the band & get me backstage to meet them.
4 days before, success & Zia McCabe, the percussion & bassist from the group got in touch.
I popped into Worlds End shop & picked some t-shirts for the band, as I thought that gifts were in order.
It’s good to forge ties with quality. 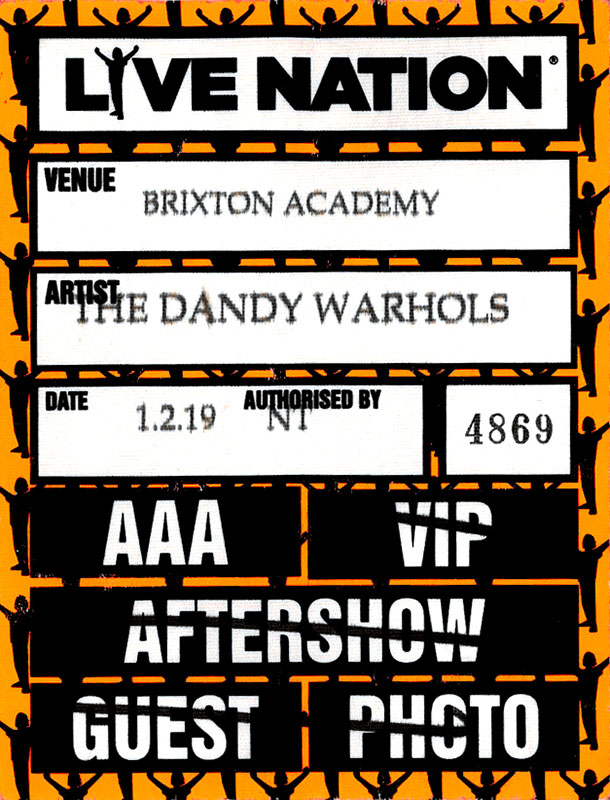 The night of the concert was great. The band members were all lovely & I was happy that Zia & Courtney liked the t-shirts, which they chose from. The band’s stage performance was very professional, as they went through 25 years of work, seamlessly blending song after song (I wanted to dance, but you can’t do that on The Academy balcony). The light show was pretty good too. 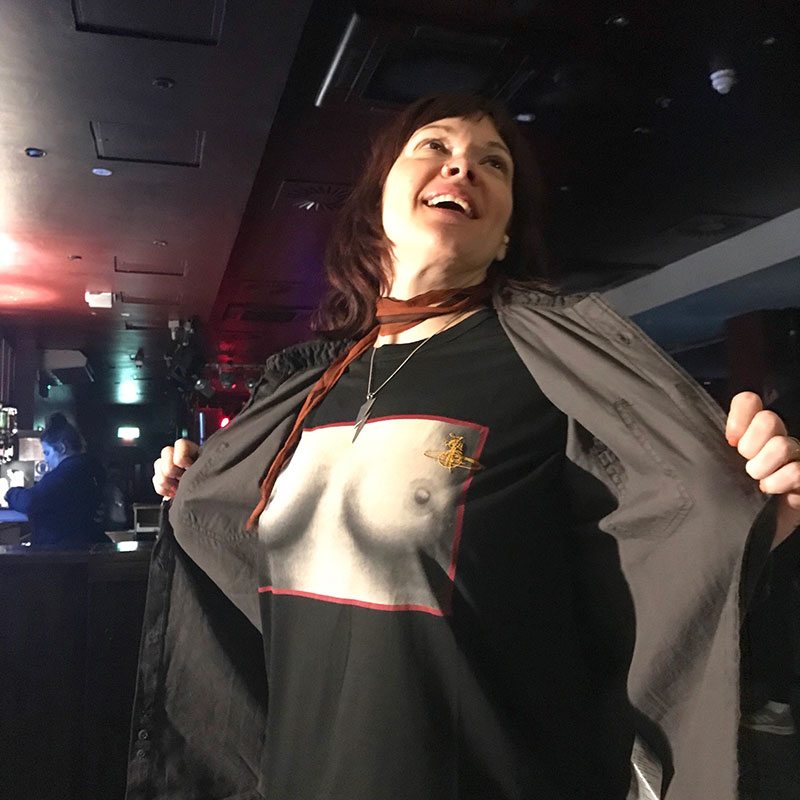 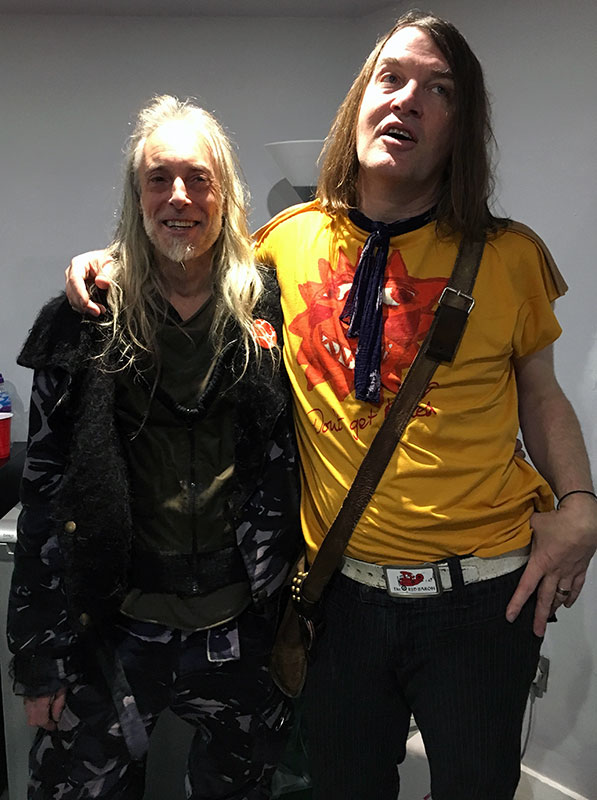 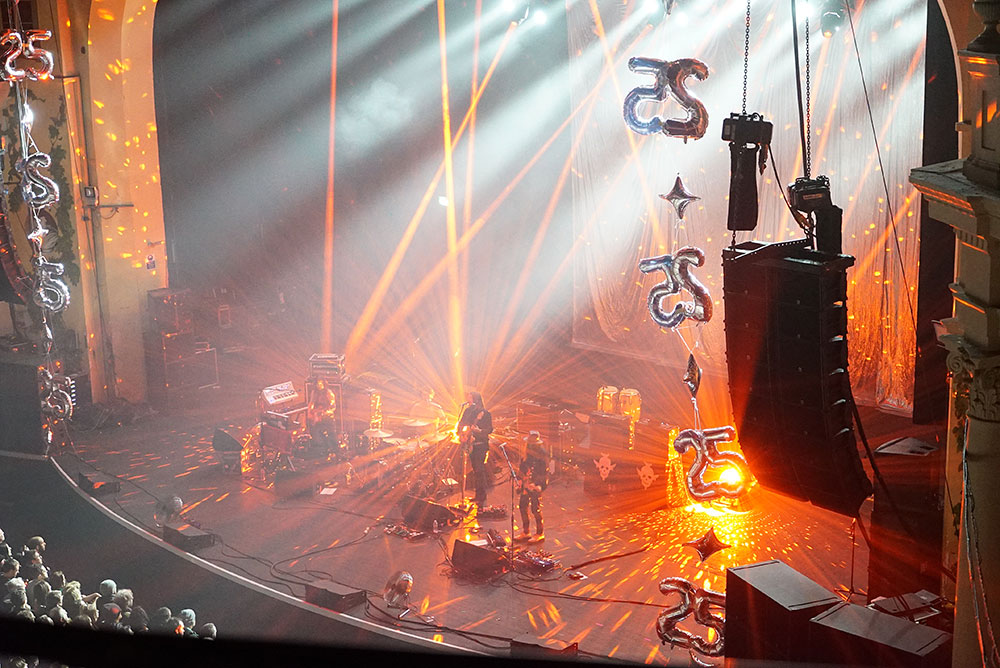 & if you think that all their best work is in the past, then check out ‘Be Alright’ from their current album ‘Why You so Crazy’. This is just as good & the accompanying 360° video shot in their headquarters in Portland is pretty cool.
I like it!