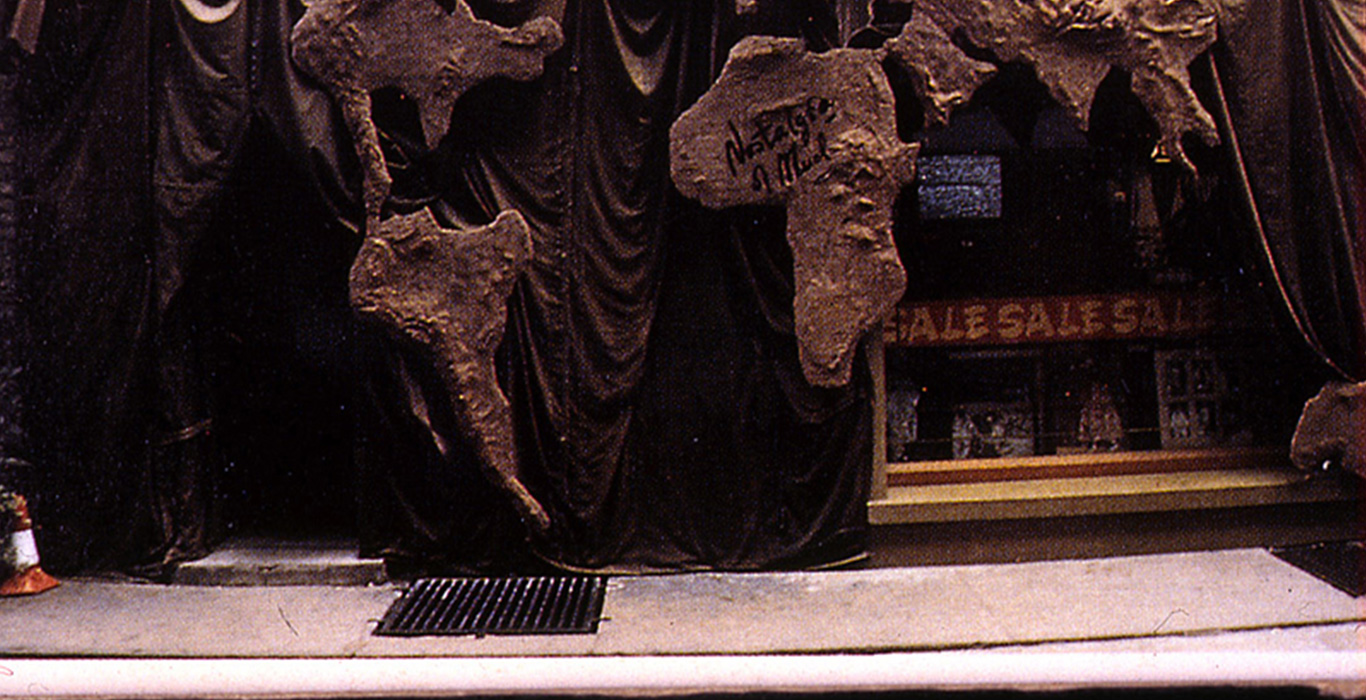 During the time Vivienne & Malcolm were in partnership No 430 Kings Rd was their sole outlet but for a brief time in the early eighties they also had another shop at (no-one knows the number any more) St Christopher’s Place, W1 not far from Selfridge’s in Oxford St which they called the ‘Nostalgia of Mud’.

Opened on the back of their early success from their first 2 catwalk shows & associated wholesale business the ‘Nostalgia of Mud’s’ opening in March 1982 was timed to coincide with the clothes collection of the same name (sometimes known as the Buffalo Girls collection as this show featured Malcolm’s own music for the first time). The look of the shop reflected these themes.
The shop front was covered by a 3D relief of the map of the world made out of plaster & coloured a mud brown. The interior featured the cave like look of an archaeological dig. Scaffolding surrounded the walls, brown tarpaulin was stretched across the ceiling & a central pillar/stalagmite rose out of a pool of oily green liquid which bubbled primitively away.
Malcolm had said that the idea for the shop had been to make customers & passers-by not sure if the shop was open to the public because of all the scaffolding inside. However the previous Kings Rd shop had always had daunting shop fronts so this was pretty normal policy & made sure that only the intelligent & the brave would enter.
There are not many stories around now about this time as most of the ones which are remembered are about the nasty things & politics going on between Vivienne & Malcolm as this was the time that they were going their own ways & eventually splitting up. However for what it is worth my own experience of the shop was when the Fire Brigade had declared the shop a fire hazard & I volunteered to spray all the tarpaulin with a fireproofing spray which I did on a Sunday afternoon with my friend Terry. We both got soaked.
I asked Vivienne about the shop for this post & she just said that she had really liked the shop, that it had been lovely. Murray told me that he had been the first customer, waiting outside in the street until it opened & quoted : ‘I had saved up for the big opening day and purchased a pair of distressed leather 3-straps that were a size too small but I had to have them @ £80. And an Aertex simple vest over printed with ‘mud’ for £20 – I proceeded to wear both to shreds!’

Finally toward the end of 1983 Nostalgia of Mud closed ….. as did the partnership with Malcolm.

A cotton shopper bag made in Kenya under the Ethical Fashion Programme (see Africa Bags post) with the original Nostalgia of Mud show invite design as the print WAS available in World’s End shop but I heard just today that the last one has been sold (so you can’t buy it & that is a first maybe for this blog 🙂 . 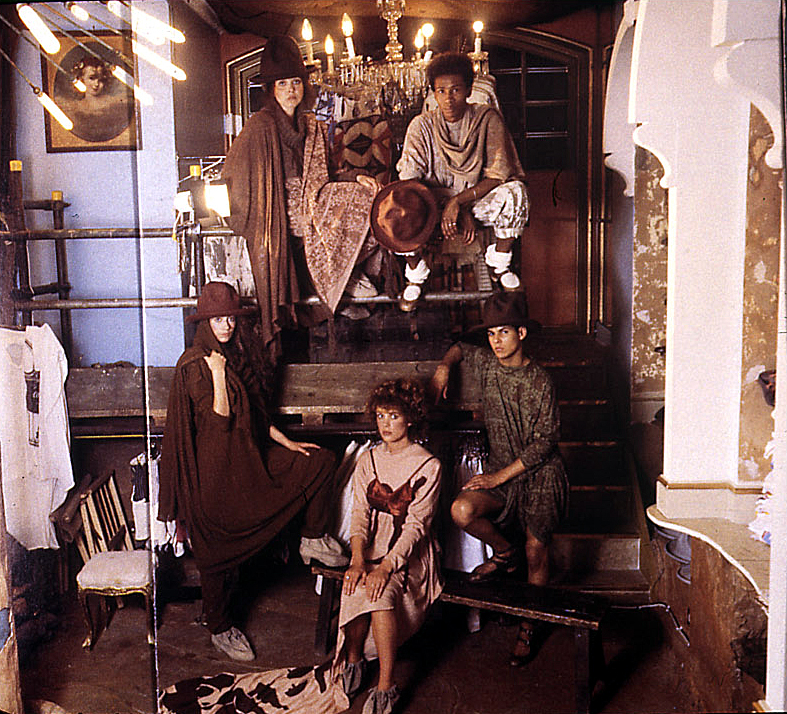 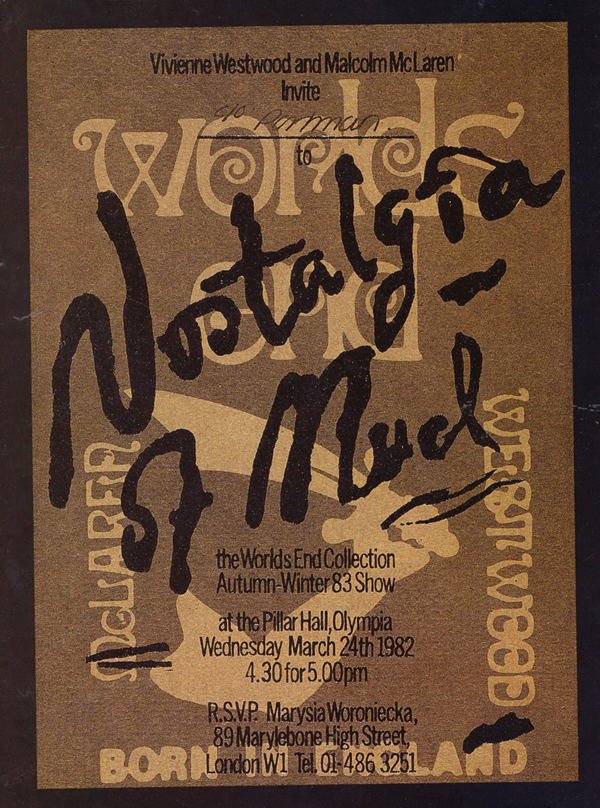 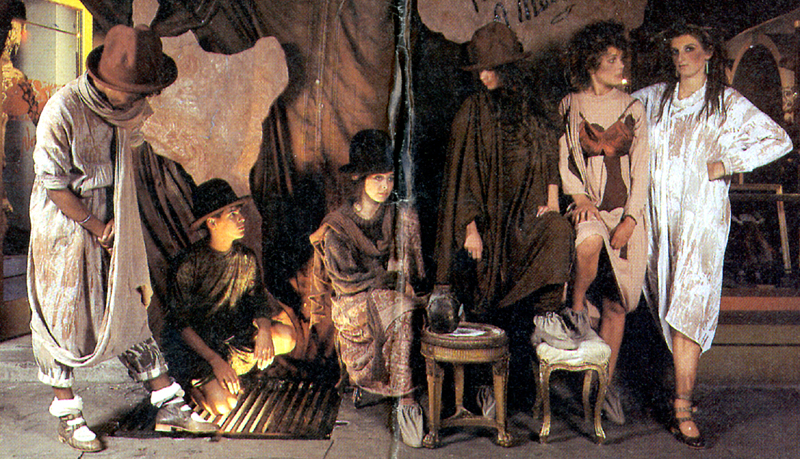 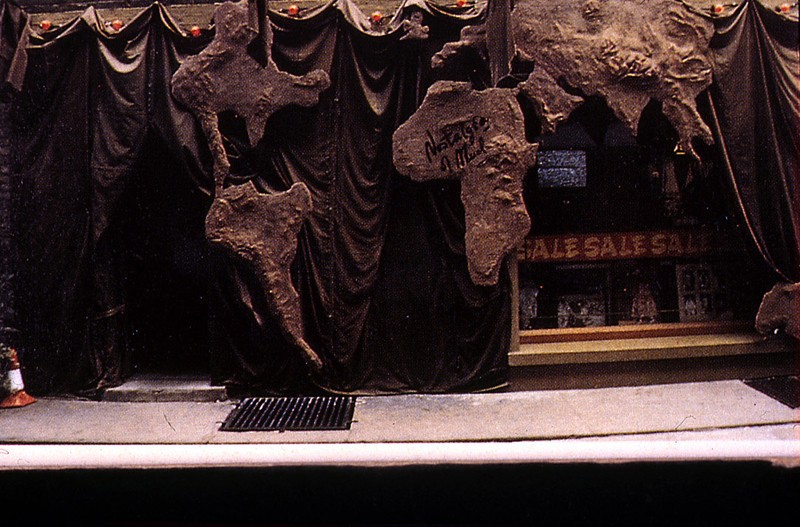 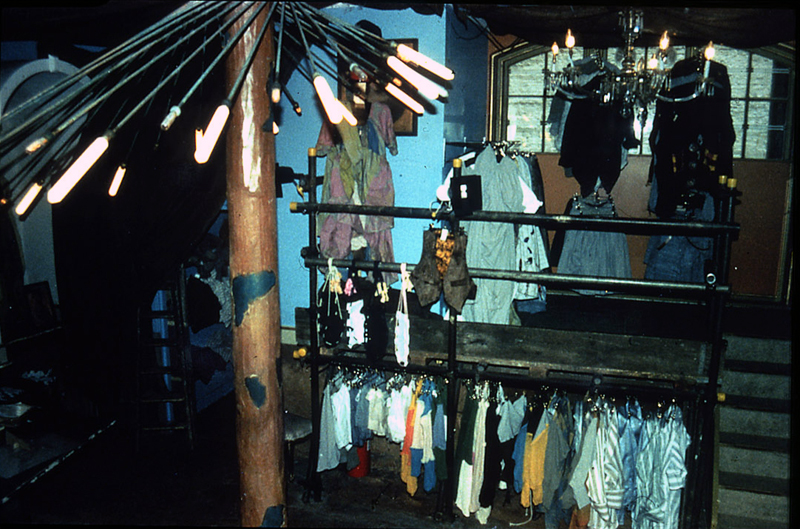 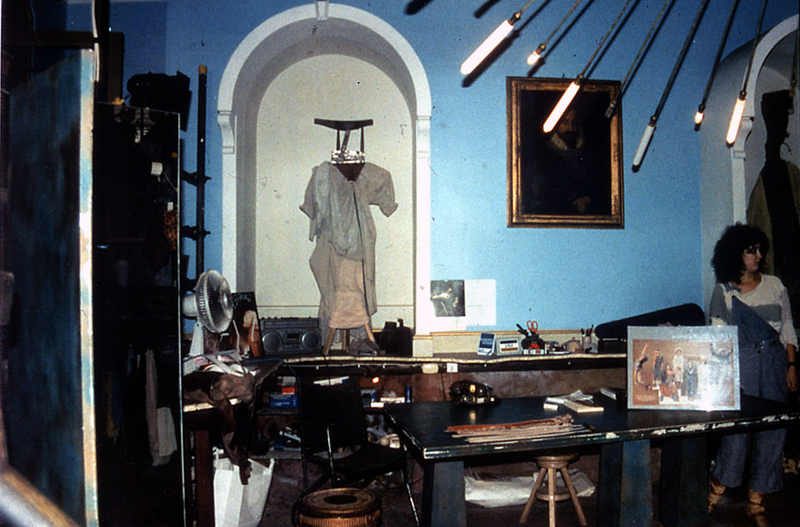 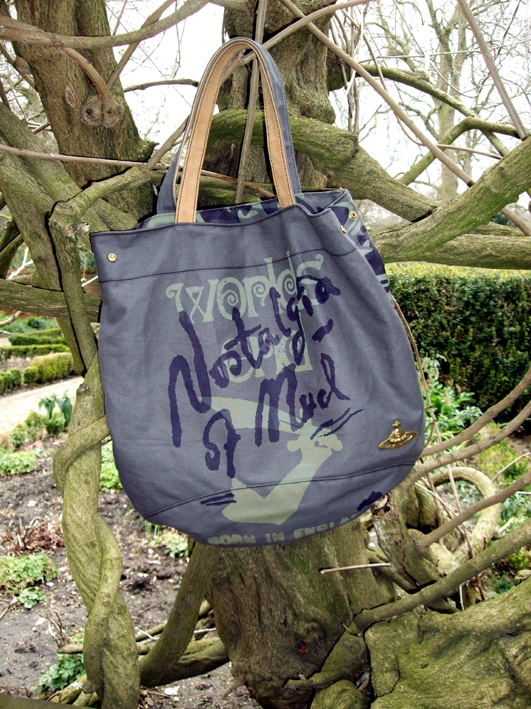