Appropriately, for a piece of clothing made out of several feet of tartan wool, the story of the kilt is long and colourful – one woven through with ancient traditions, work and war, nostalgia, diasporic pride, and, of course, fashion.

The tartan garment we recognise today began to take shape in the late 16th century in the Highlands of Scotland. Men at the time wore something known as a belted plaid — a huge expanse (as much as two yards by six yards) of worsted wool that would be draped over the shoulder and belted around the waist. A hundred or so years later, a more tailored alternative to the bulky belted plaid emerged — the item essentially snipped in two with pleats sewed into the lower portion. Controversially, early accounts credit an Englishman — a Lancastrian Quaker named Rawlinson who owned a Highland smelting works — with this more versatile and work-ready reinvention. 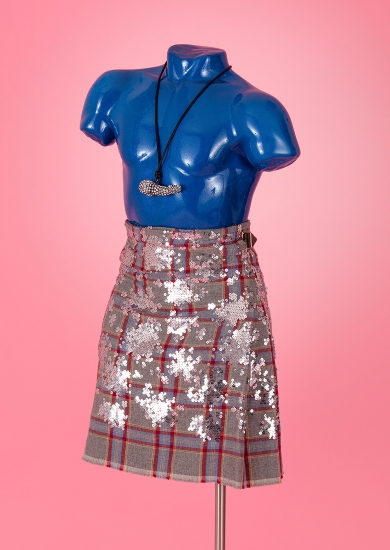 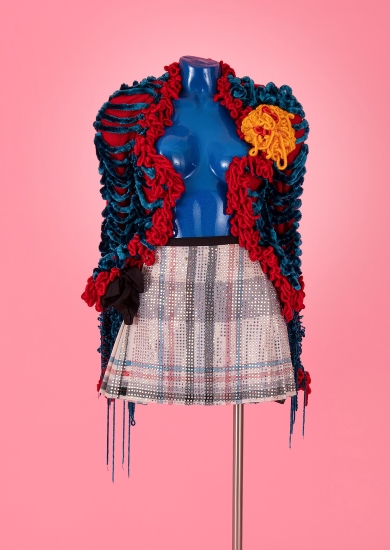 The kilt acquired a symbolic political status in the 1740s when, after the defeat of the Jacobite rebellion, it was banned for nearly forty years as part of a prohibition on symbols of Highland culture. Its current status as a romantic emblem of Scottishness and an integral element of formal attire across the wider Celtic world began to take hold in 1822, when displays of “ancient” Highland dress became a key part of the pageantry surrounding King George IV’s visit to Scotland. The kilt quickly gained popularity in the years that followed, both among traditionalists, and as more of a fashion item, worn by women and children as part of everyday looks.

Long fascinated with Scottish lore, Vivienne Westwood first began experimenting with the kilt the late 1970s. At their nascent punk label Seditionaries, she and Malcolm McLaren draped kilts over black bondage suits, reinterpreting “the warrior of the battle of Culloden” as a street fighting “urban guerrilla”. 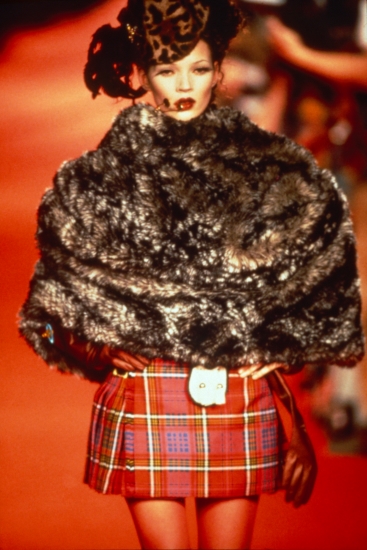 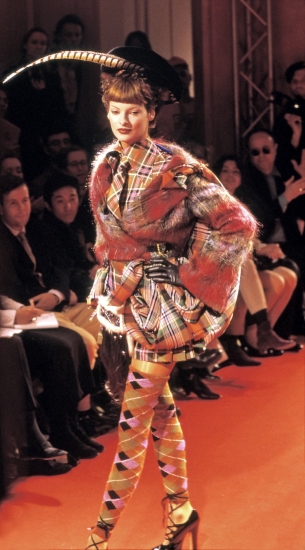 A decade later, Vivienne had evolved her DIY punk aesthetic to a style that celebrated and subverted more traditional British tailoring and formal dress, including Scottish costume. Her Autumn-Winter 1988 Time Machine presentation, for example, saw takes on Fair Isle sweaters, Harris Tweed tailoring and a “Tartan Army” of classic kilts and plaid suits marching down the catwalk. And in 1993, for her iconic Anglomania collection, her own MacAndreas tartan was created. This unique house pattern, named for Vivienne’s husband and design partner Andreas Kronthaler, is officially recognised by Lochcarron of Scotland and features across Vivienne Westwood collections to this day, from super-mini to traditional knee-length kilts, for men and women.

“The idea that there were particular tartans belonging to this house or another was developed by the Victorian tourist industry, but nevertheless it is traditional, these hand-woven clothes in stripes and check,” explains Vivienne. “It’s a heroic image, the kilt flying and the idea of climbing mountains in this garb with the wind blowing behind you. They have all got stories, these fabrics.”

For 2021, we’re re-issuing the classic Vivienne Westwood kilt, previously only available at the Worlds End boutique in Chelsea. As always, its handcrafted by traditional Highlands makers in both MacAndreas and traditional Scottish weaves, and will be available in limited edition from select boutiques around the world. Find out more about how to buy your own Vivienne Westwood kilt here.