Back in 1985/6 a year or so after the separation with Malcolm there was a hiatus when the World’s End shop was closed for a year & Vivienne spent her time in Italy with Fiorucci who supported her & gave her access to his facilities. During this time she was working on a collection with the theme of royalty but with a futuristic touch as the idea of taking tradition into the future was in her mind.
An influence on this was that before she had gone to Italy I had shown & lent my mother some astronomy magazines I had collected, in which she had seen photos of computer enhanced images of galaxies, the event horizon of black holes, articles about ‘Deep Sky’ photography & photos of the planet Saturn with its ring system.
One of the garments that she was planning was a knitted jumper which she imagined Prince Charles might wear in his spare time. So on it were all the insignia that a prince of Britain might have; griffons, coat of arms, the thistle for Scotland, the leek for Wales, the shamrock for Ireland, a chain, the crown & also the orb from the crown jewels. To bring the futuristic feel into this she decided with the orb to add a satellite ring around it like the one around Saturn & also to add to the jumper design the phrase Deep Sky & some radar dishes.
In Italy at this time was her friend Carlo D’Amario (who is now the Westwood business manager). He saw the jumper design & seeing the orb told her that this was perfect for her logo (at the time she was paying someone else to try to come up with a logo for herself) as this emblem in itself perfectly reflected her idea of taking tradition into the future. So the logo was born & it was present on all the collections from this time onwards.
First of all it was on the label, embroidered on some garments & on the buttons, but its use has expanded over the 28 years since its birth from the first orb pendant appearance in the Harris Tweed AW 87-88 show to a myriad of incarnations up until the present day including the neon lights in the Davies St shop, the tops of the clothes rails in all the shops, a massive chandelier in the Conduit St press office, perfume bottle tops, etc.
In the Pagan 1 SS 88 show the Deep Sky blazer was introduced along with the galaxy print & finally in the subsequent Time Machine AW 88-89 show the Deep Sky jumper which had started the whole thing off made its appearance.
There was a brief moment of confusion when it was realised that the logo was very close to the Harris Tweed logo but since Vivienne had been the first designer in ages to use this traditional British fabric & by doing so had revived their fortunes Harris Tweed were not worried at all.
Long live the Orb. 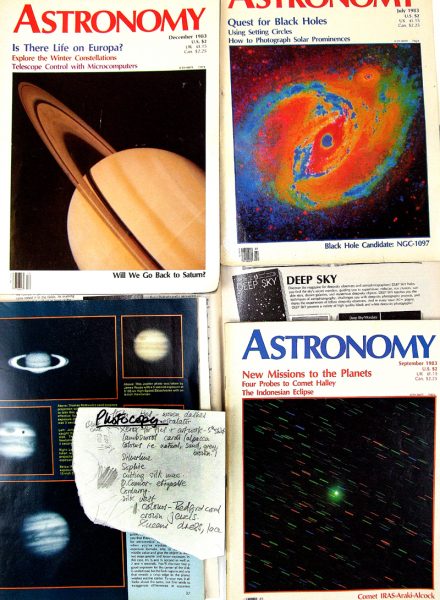 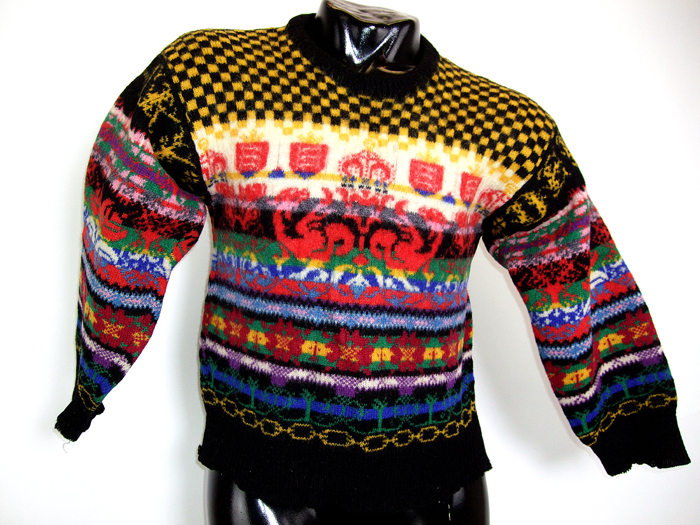 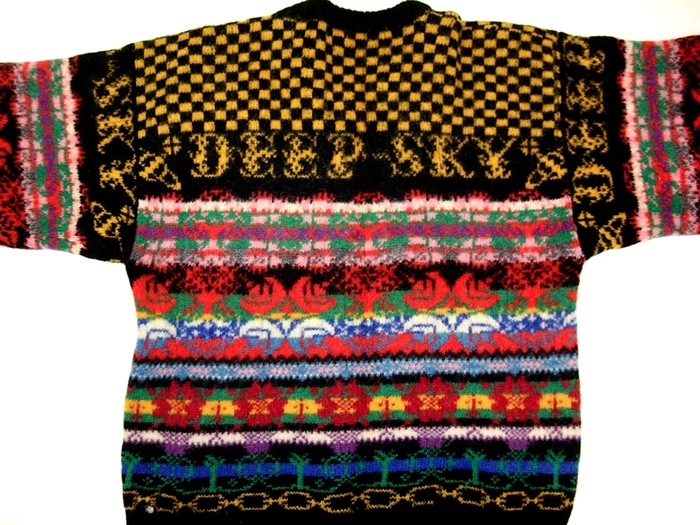 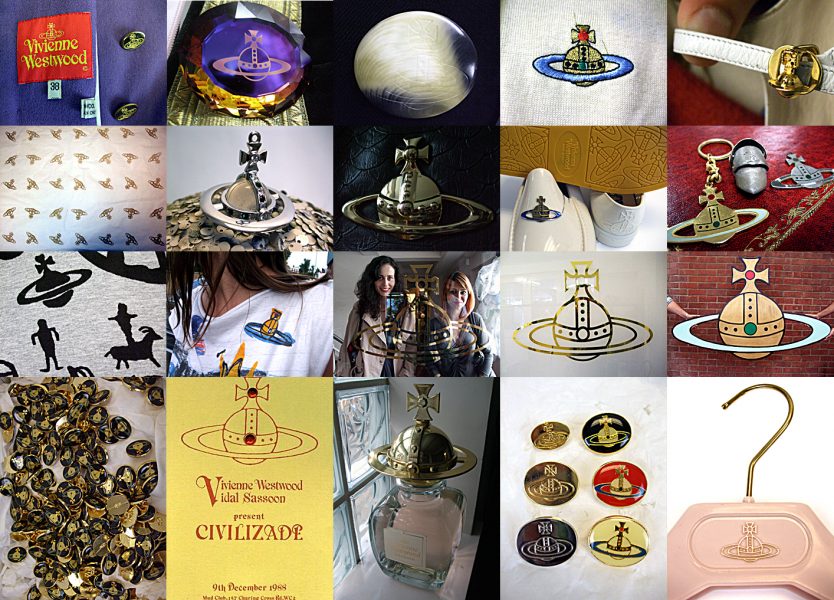 A myriad of Orbs 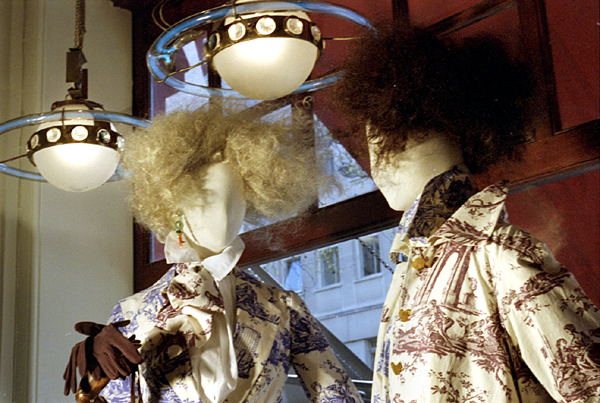 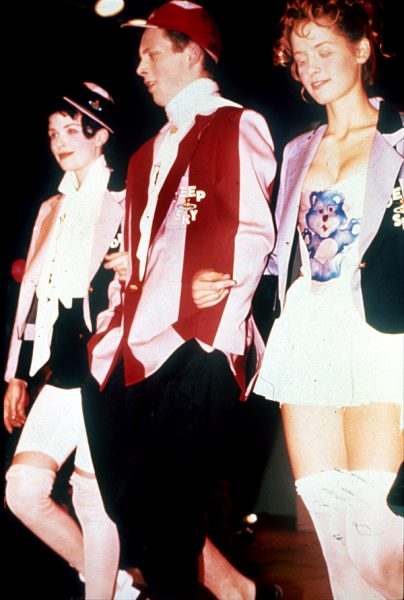 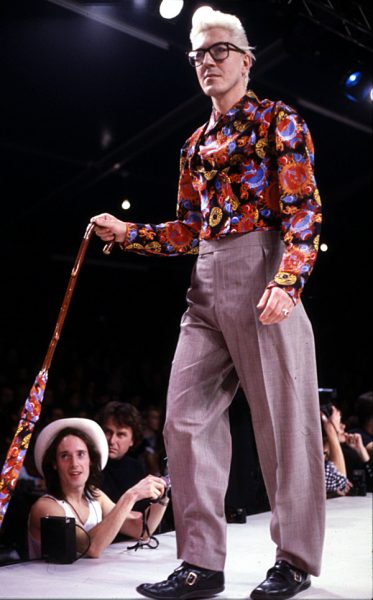 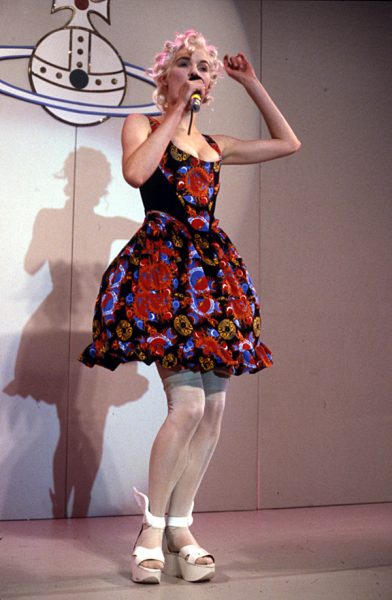 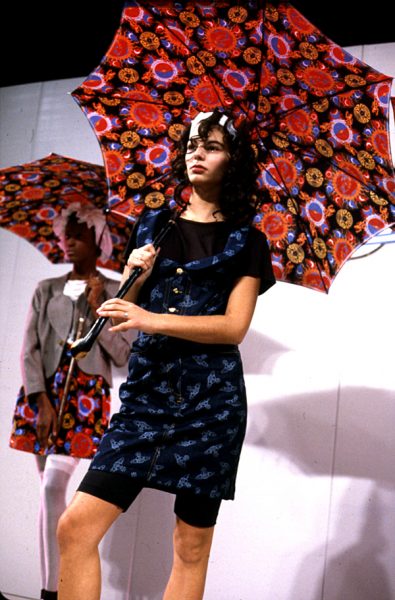 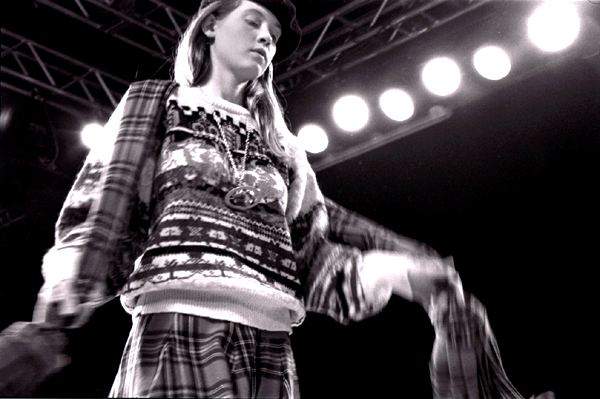 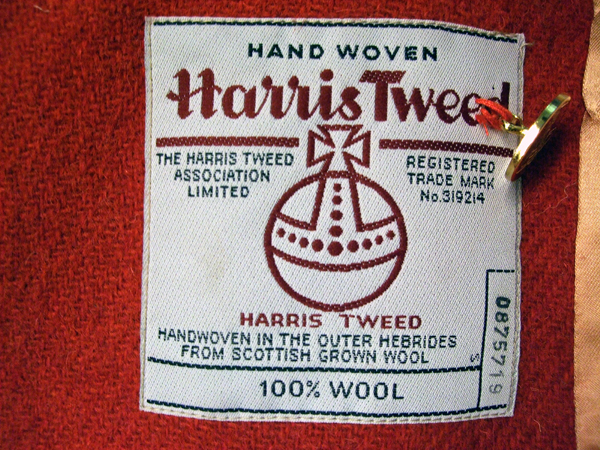 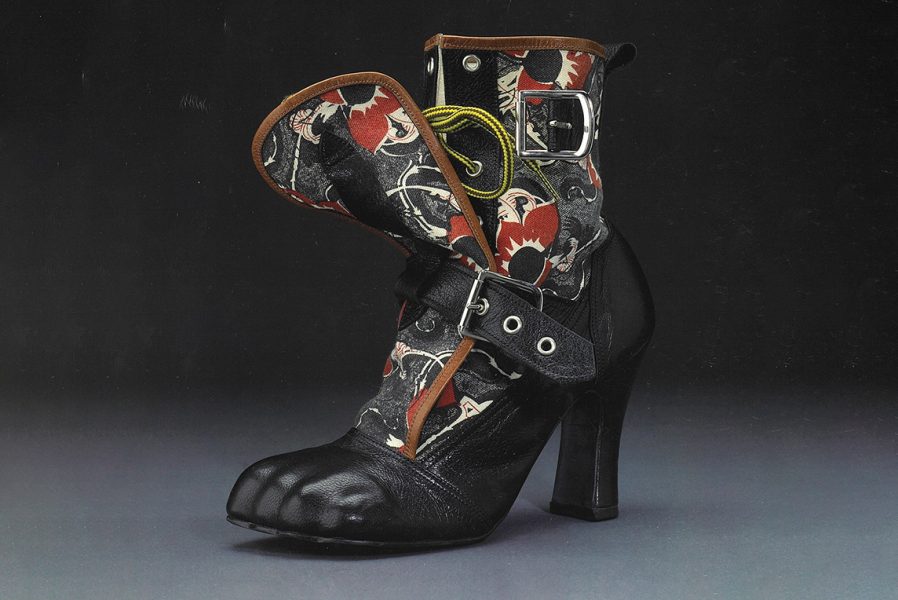 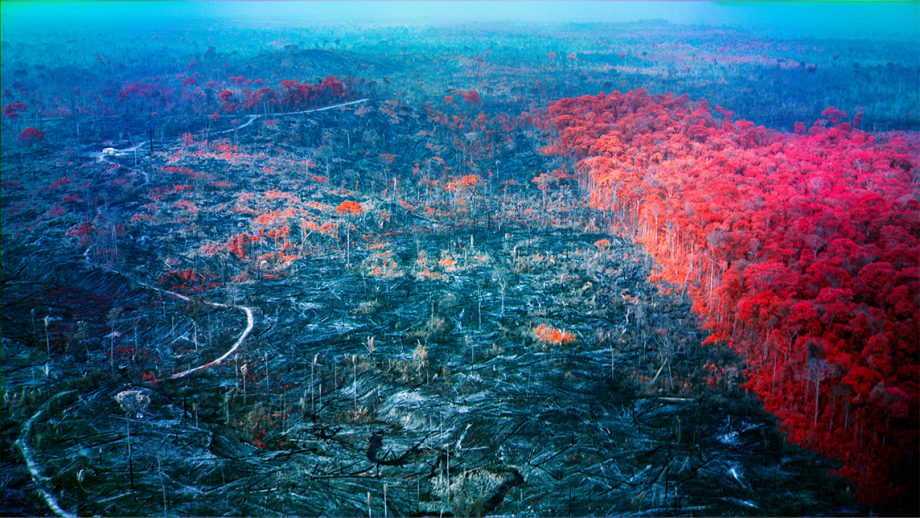 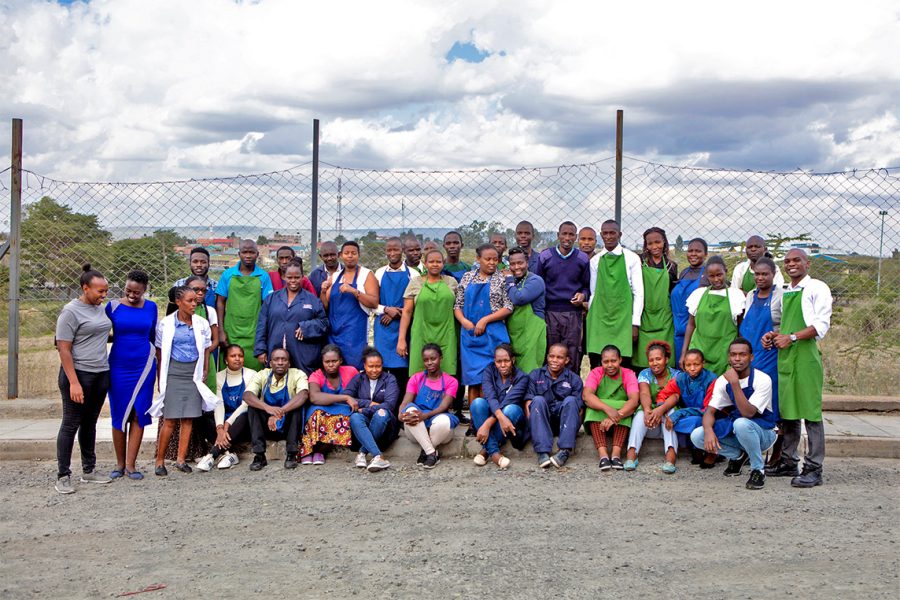 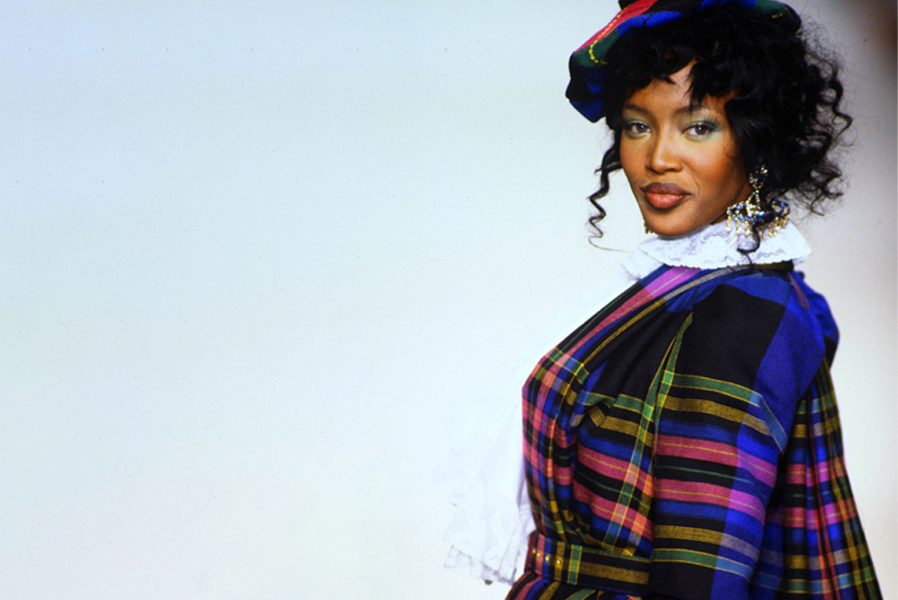