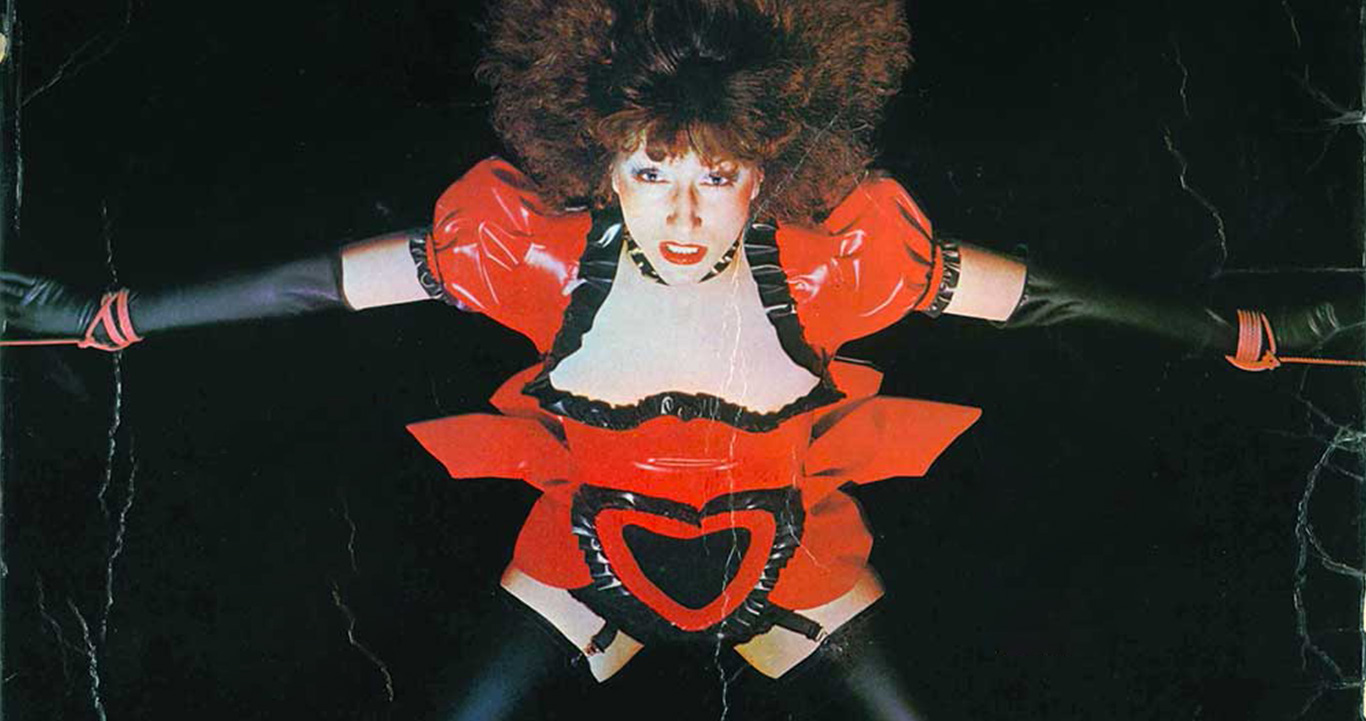 As an illustration of the exceptional quality of the rubber/latex wear available in the mid seventies incarnation of the 430 Kings Rd shop – SEX (1974-76), I have dug out some old pin-up photos showing a rubber maid’s dress that was sold there at the time.

The first photos are from an album cover for the band ‘Nutz’ & these photos show an actual dress from the shop, borrowed for this shoot, photographed by rock photographer Ross Halpin & modelled by his leg model sister, Linda.
The rubber t-shirts worn by the band are from the shop too.
The dresses were available in two different versions, red & black frill, & black & red frill. 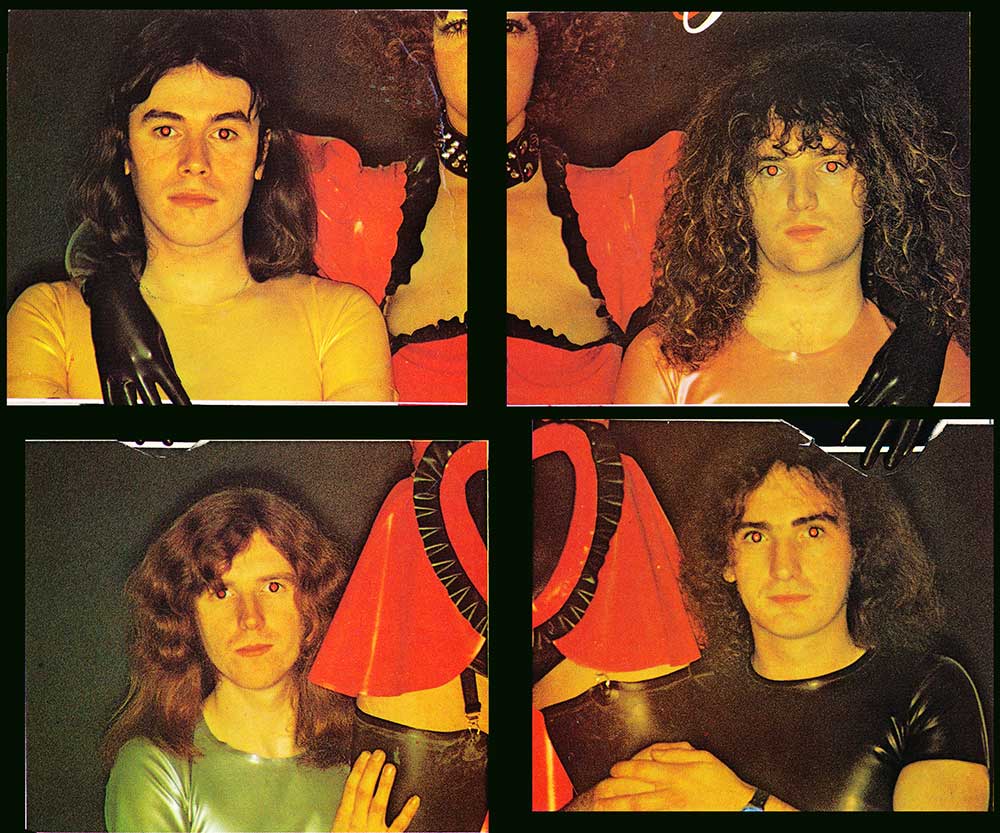 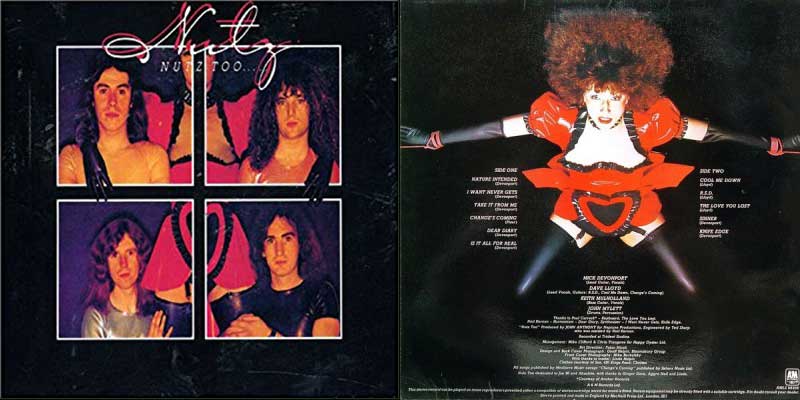 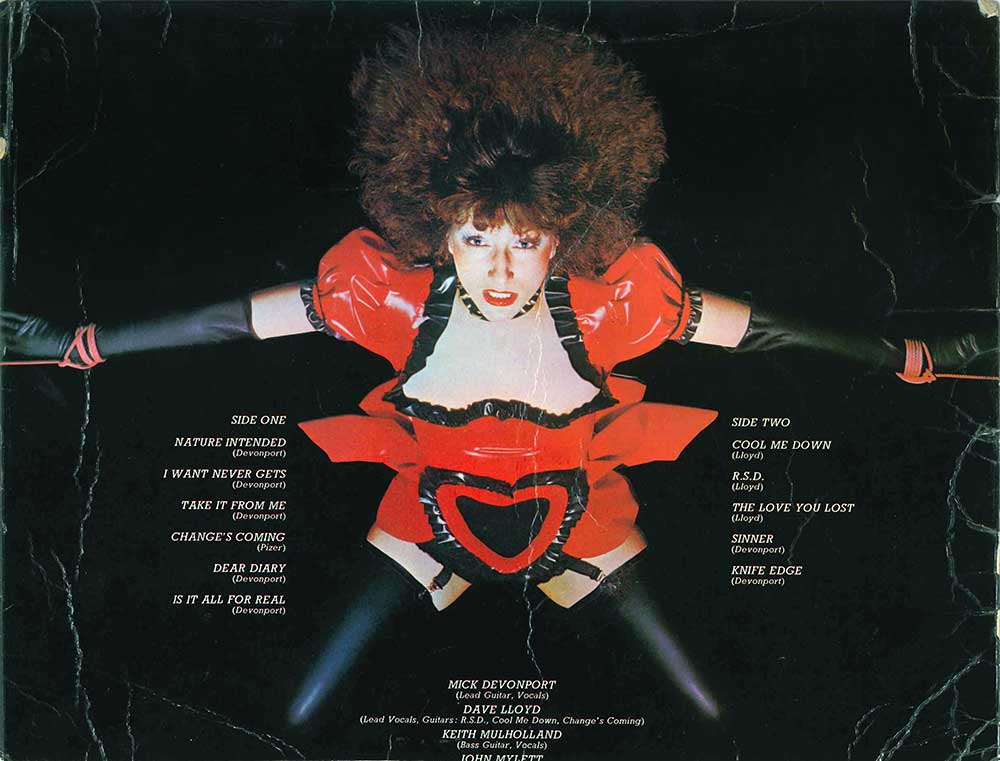 I would imagine that the dresses were ordered from the german ‘gummi’ catalogue shown below which belonged to Malcolm & Vivienne at the time & which I ‘borrowed’, but when I spoke to my mum the other day about this, she said that she thought they were made by a very talented man who made most of their latex stock & who was based somewhere out in the English countryside.

The dress version sold in SEX had a heart shaped apron, which worked a lot better with the design than the rectangular one shown in the fetish photos below, although I include these , not just because I like them but because they all show how sexy the dress was.
Still beating its modern counterparts I would say. 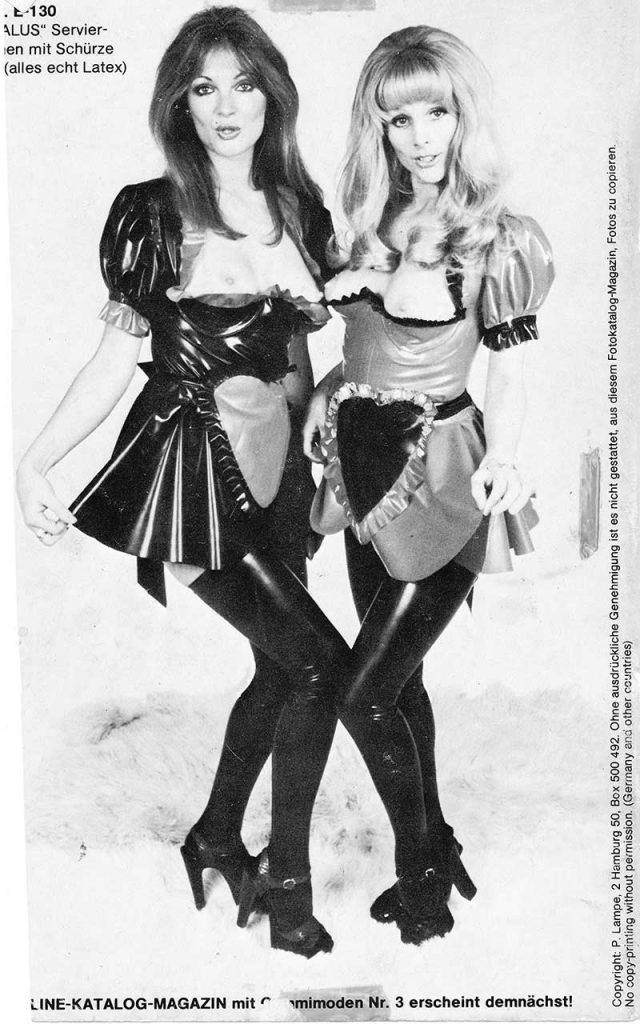 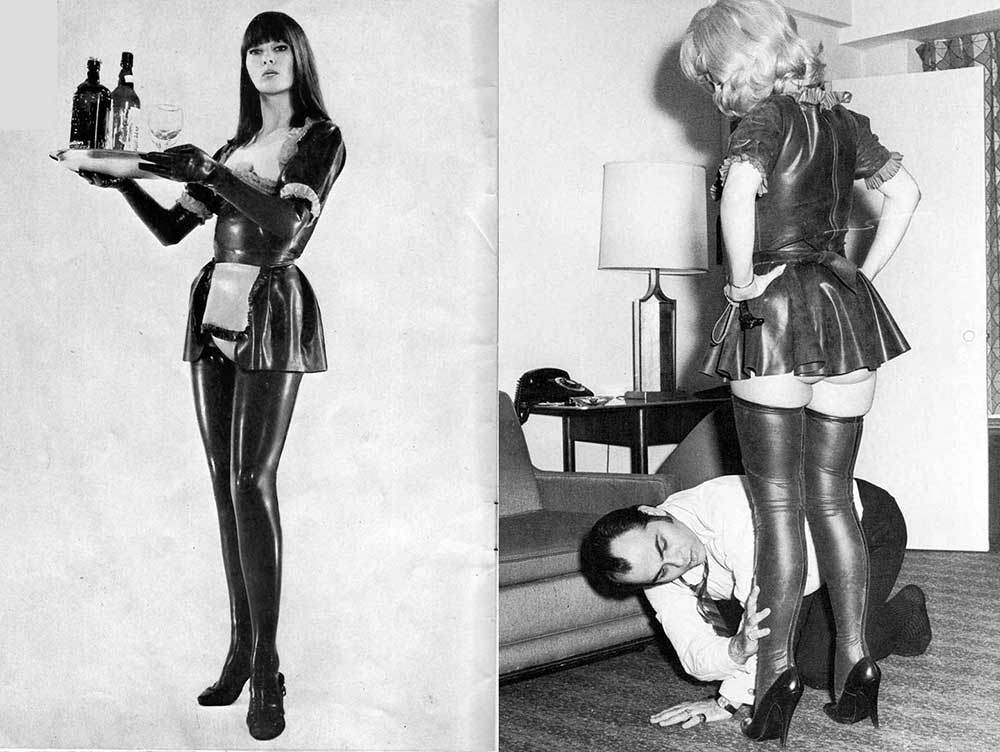 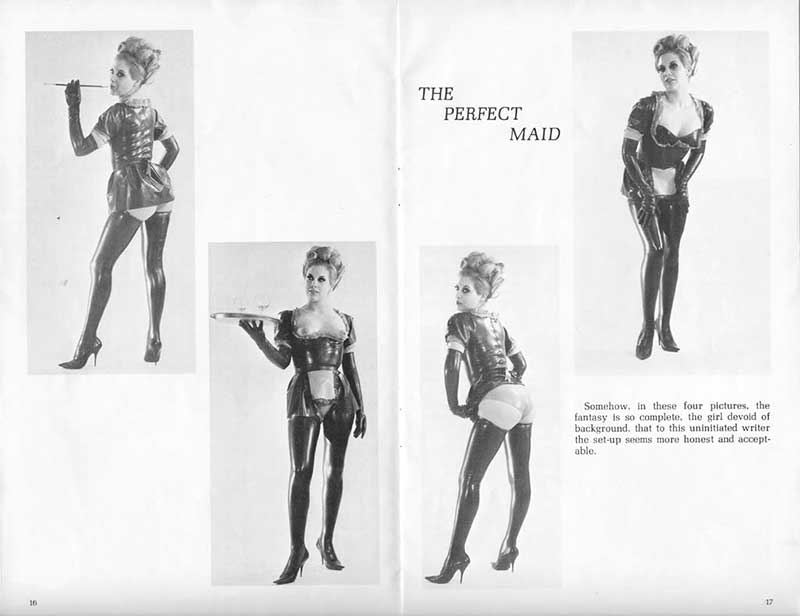